The conflict between Esau and Jacob began at their birth. After Isaac married Rebekah, it was found that she was barren (Genesis 25:20, 21). So, Isaac asked the Lord to grant them children and the Lord answered his prayer. And Rebekah conceived. But the children struggled in her womb; and she asked the Lord about this matter. And the Lord told her: “Two nations are in your womb, two peoples shall be separated from your body; one people shall be stronger than the other, and the older shall serve the younger” (v. 23). Thus, the Lord informed her about the future conflict between her twins.

The birth of Esau and Jacob

When Isaac’s first child was born they called him Esau. And they called the second Jacob which means “he grasps the heel” or “he deceives.” This was prophetic of his character and destiny. The two boys grew up very different in character. Esau was a skillful hunter, a man of the field; but Jacob was a mild man, dwelling in tents (Genesis 25:27). Unfortunately, Isaac loved Esau because he ate of his game, but Rebekah loved Jacob (Genesis 25:28). This favoritism created division and sadness in the family.

The turning point in the twins relationship

The difference in character between the two brothers was made clear in one incident, which became the turning point in their lives. One day, Jacob had cooked a stew of lentils (v. 34). And Esau, who apparently came back from a hunting trip and was famished for food, said to Jacob, “Please feed me with that same red stew, for I am weary.” But Jacob said, “Sell me your birthright as of this day.” And Esau said, “Look, I am about to die; so what is this birthright to me?” Then Jacob said, swear to me as of this day. So he swore to him, and sold his birthright to Jacob And Jacob gave Esau bread and stew of lentils; then he ate and drank, arose, and went his way. Thus Esau despised his birthright” (Genesis 25:30-34).

Under the Mosaic law the privileges of the first-born were: (1) succession to the authority of the father, (2) the inheritance of a double portion of the father’s property, (3) the privilege of becoming the family priest (Exodus 22:29; Numbers 8:14–17; Deuteronomy 21:17). To the children of Abraham, the birthright also meant: (1) succession to the promise of the earthly Canaan and other covenant blessings, (2) the honor of being a forerunner of the promised Messiah.

The end doesn’t justify the means

Jacob knew of the angel’s prophecy concerning himself and his brother, made before their birth (Genesis 25: 23). But he took advantage of what appeared to him to be a fair deal. His suggestion to Esau was dishonest and disgraceful. It revealed an impatient spirit and a lack of faith in the overriding providence of God. It is dangerous to run ahead of Providence, which in the right time and without human scheming will achieve God’s purpose. This lack of faith was similar to that revealed by Abraham in his marriage to Hagar (Genesis 16:3). The concept that the end justifies the means is wrong (Matthew 4:3, 4). God could not sanction this act but He did overrule it to the final achievement of His purpose.

To Esau the only thing that mattered at the time was satisfying his appetite; future spiritual blessings seemed uninteresting to him. In this he showed himself to be a “profane person” (Hebrews 12:16). The way in which Esau sold his birthright for a meal of lentils proved that he was unfit to become heir to the gracious covenant of God. While Jacob’s conduct cannot be excused, that of Esau deserves strong criticism.

Later on, Jacob repented of his wrong action and the Lord forgave him. But Esau was beyond forgiveness, because his repentance was merely a sorrow for the consequences of his impulsive act, not for the act itself (Hebrews 12:16, 17). 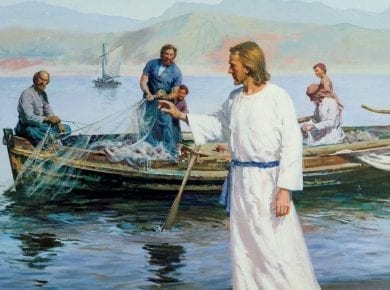 This page is also available in: العربية (Arabic) हिन्दी (Hindi)The sea of Galilee is a freshwater lake in Israel. It is about 13 mi long and 8.1 mi wide. The…
View Answer 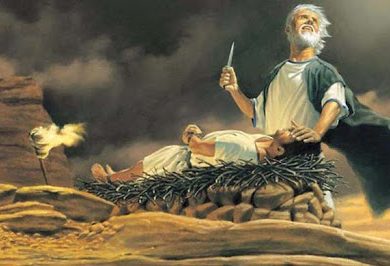