The story of the prophet Elisha and the widow’s oil is recorded in 2 kings 4:1-7. The Bible tells us that there was a certain woman of the wives of the sons of the prophets that was in financial trouble. She said to Elisha, “Your servant my husband is dead, and you know that your servant feared the LORD. And the creditor is coming to take my two sons to be his slaves.”

The law of Moses allowed for slavery to pay debts. A person who is not able to pay his debts will offer himself or his sons to serve not as slaves but as an hired servants. The sons would serve only till the year of jubilee (Lev. 25:39–42). But in the case of the widow it seemed that the creditor did not require his right from the sons during the lifetime of the debtor, but on his death and asked for his wife to pay the debt of the husband.

As Elisha wondered how he may help the widow, he asked what is in your house? The question showed the care and concern of the prophet. Then, she answered, nothing only a jug of oil. God uses what we have. The Lord has unlimited resources and could have provided for the woman’s need without her pot of oil. But He used what she had and He blessed it.

Then, the prophet said to the widow, go borrow vessels from all your neighbors. And he added, do not gather just a few but all that you can. This command was a test to her faith. The more she would gather the more she would receive. And the widow obeyed Elisha’s command.

Then, he instructed her to pour the oil she had into all the vessels she gathered. The widow obeyed the prophet’s instructions, and recruited also her sons. If the sons were to be saved from slavery, they also had something to do for themselves. Her faith and obedience produced faith and obedience in her sons.

The pot of oil was not much, but in the Lord’s hand it was able to fill all the pots that the widow had collected. Now when the last vessels was filled, the oil ceased. God can no longer give when man is no longer prepared to receive.

Then she came and told Elijah. And he said to her, “Go, sell the oil and pay your debt; and you and your sons live on the rest.” And thus, the Lord provided for all of her needs. In a similar way, our talents may not be many but God can use and increase whatever is offered to Him.

The widow received more from the Lord than she had asked for. Her request was only that her sons be delivered from lives of servitude. But God saved her children and supplied for all of her needs. Thus, the Lord gives to men blessings far greater than what they ask. For He “is able to do immeasurably more than all we ask or imagine” (Ephesians 3:20). 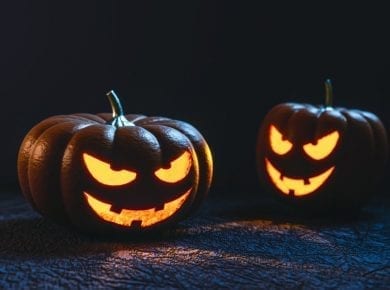 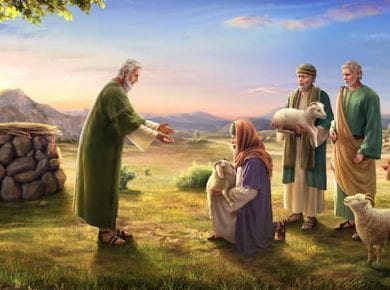 This answer is also available in: हिन्दीThe positive act that Job’s three friends, Eliphaz, Bildad, and Zophar did was that they went to him to comfort him in his afflictions. In that they…
View Answer