The prophecy of Elam

The prophets Isaiah, Jeremiah and Ezekiel all write judgments against Elam. But the Prophet Jeremiah especially gives a prophecy about the fate of the ancient nations of Elam (Jeremiah 49:34-39). It reads as follows:

“34 That which came as the word of the LORD to Jeremiah the prophet concerning Elam, at the beginning of the reign of Zedekiah king of Judah, saying:

35 Thus says the LORD of hosts,

‘Behold, I am going to break the bow of Elam,

36 ‘I will bring upon Elam the four winds

From the four ends of heaven,

And will scatter them to all these winds;

And there will be no nation

To which the outcasts of Elam will not go.

37 ‘So I will shatter Elam before their enemies

And before those who seek their lives;

And I will bring calamity upon them,

Even My fierce anger,’ declares the LORD,

‘And I will send out the sword after them

Until I have consumed them.

38 ‘Then I will set My throne in Elam

And destroy out of it kings and princes,’

39 ‘But it will come about in the last days

That I will restore the fortunes of Elam,’”

Elam was the country situated in the mountains to the east of Babylonia, an area now in the western part of modern Iran. Elam lost its autonomy to the Assyrians under Ashurbanipal (669–c. 627 B.C.), and was later on assimilated in the restored Babylonian Empire of the time of Nebuchadnezzar. The Elamites were famous for their archery (Isaiah 22:6).

The time of the prophecy

This prophecy was given soon after the exile of Jews to Babylon in 597 B.C., when Nebuchadnezzar took Jehoiachin, the royal family, and many warriors into captivity. Thereafter, the Babylonian king assigned Zedekiah, Jehoiachin’s uncle, on the throne. A prophecy regarding Elam was especially important to the Jews at a time when many were captive in Babylon and thus in closer association with the Elamites than before.

This prophecy was delivered at an important time in Jeremiah’s ministry for Israel. It is similar with his call against the foreign ambassadors sent to Zedekiah (Jeremiah 27:3).

There is not enough historical data to show the fulfillment of all the details of the prophecy of Elam. As with Edom (Obadiah 15, 17), certain aspects like the phrase “I will restore the fortunes of Elam” was conditional on Elam’s repentance.

The Bible assures us that the throne of the Lord Jesus will rule over all the nations including Elam. “Then the seventh angel sounded: And there were loud voices in heaven, saying, “The kingdoms of this world have become the kingdoms of our Lord and of His Christ, and He shall reign forever and ever!” (Revelation 11:15). 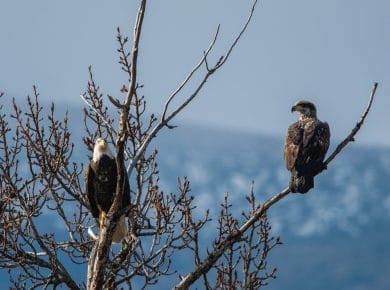 Table of Contents Ezekiel 17Interpreting the symbolsZedekiah rebellion against BabylonGod’s promise of restoration This answer is also available in: हिन्दीEzekiel 17 This chapter presents the parable of the two eagles…

This answer is also available in: हिन्दी“Saying to them that dwell on the earth, that they should make an image to the beast, which had the wound by a sword,…