Satan was the originator of sin. Before sin, Satan was called Lucifer. He was created by God (Ezekiel 28:13, 15) as were all the other angels (Ephesians 3:9). Lucifer was a free moral being who could choose to love God or reject Him.

He was a “covering” cherub (Ezekiel 28:14). There are two great angels who stand on either side of God’s (Psalms 99:1). Lucifer was one of those highly exalted angelic leaders.

His beauty was perfect and his wisdom was flawless. “You were the seal of perfection, full of wisdom and perfect in beauty…Every precious stone was your covering” (Ezekiel 28:12,13). His brightness was awe-inspiring. “You were perfect in your ways from the day you were created till iniquity was found in you” (Ezekiel 28:15).

But pride, jealousy, and self-exaltation arose in Lucifer’s heart. He decided to attempt to unseat God and then demand that all worship him. “Your heart was lifted up because of your beauty; you corrupted your wisdom for the sake of your splendor” (Ezekiel 28:17). “For you have said in your heart…I will exalt my throne above the stars of God …I will be like the Most High” (Isaiah 14:13, 14).

One-third of the angels joined Lucifer (Revelation 12:3, 4) in the rebellion in heaven. The Godhead had no choice but to oust Lucifer and his followers. Lucifer’s aim was to seize God’s throne, even if it might eventually lead to murder (John 8:44). After his expulsion from heaven, Lucifer was called Satan (adversary) and devil (slanderer), and the angels who followed him were called demons (Revelations 20:2).

After the creation of man, Satan was able to deceive humanity into disobedience to God and thus sin entered our earth and doomed it to death.

But God in His infinite mercy sent His Son to carry the penalty of our sin on Himself. “For God so loved the world that He gave His only begotten Son, that whoever believes in Him should not perish but have everlasting life” (John 3:16). Every person that accepts Christ’s death on their behalf by faith and obey the Lord will be saved.

This page is also available in: हिन्दी (Hindi)The entire plan of salvation is a mystery to the human mind. “Now to Him who is able to establish you according to…
View Answer 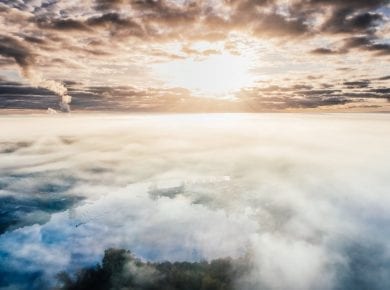 This page is also available in: हिन्दी (Hindi)Light and Deity In the Bible, light is closely associated with the Deity. The Bible teaches that “God is light, and in him…
View Answer