Paul wrote: “But if the ministry of death, written and engraved in stones, was glorious, so that the children of Israel could not steadfastly behold the face of Moses for the glory of his countenance; which glory was to be done away” (2 Corinthians 3:7).

The meaning of the “ministry of death”

Paul’s message in verses 7–18 are built on Moses’ experience in Ex. 34:29–35. When Moses came down from Mount Sinai with the two tablets of the Testimony in his hand, his face shone because he communed with God.

The ministration of death is a term Paul used to point to the Jewish religious system, which was fulfilled by Jesus’ death and could no longer grant life to those who practiced it. Paul also names it “the ministration of condemnation” (v. 9).

God gave His people two laws: First- the Moral law of the Ten Commandants (Exodus 20:3-17) which is eternal and stands forever (Luke 16:17; Psalm 19:9). Second- the Mosaic law which was temporary because it only pointed to Christ and was fulfilled and abolished by His death (Ephesians 2:15). https://bibleask.org/what-was-abolished-at-the-cross/

Paul, presents the superior glory of the “ministration of the spirit” to disprove the Judaizers who opposed him (2 Cor. 11:22), and were pushing the people to continue practicing the ceremonial law of Moses (the second law) that was fulfilled at the cross.

Paul is comparing the glory that remains with the glory that disappears, the new with the old. In the new there is a complete revelation of God’s glory in in Christ (John 1:14). Whereas, in the Mosaic ministration, Christ was seen only in types of the ceremonial law. Christ was hidden behind a veil of sacrifices, symbols, and temple ceremonies, but this veil was abolished by His death (Heb. 10:19, 20). Thus, it was the ministry of Moses and the Jewish system that was to pass away, not the moral law of God – first law (Matt. 5:17, 18).

Sadly, Israel’s failure to see Jesus in the OT ceremonies finally led them to crucify Him. Paul affirmed that with the coming of the greater glory in Christ and the fulfillment of the ceremonial system, there is no more need for observing that system. The coming of Christ and the fullness of the Holy Spirit provided a ministration of the Spirit that could grant life (Rom. 8:3, 4).

Some have wrongly concluded from Paul’s statement about the ministry of death that the moral law of God “was to be done away.” However, the verse clearly states that it was the passing “glory” reflected in the face of Moses that “was to be done away.” For that “glory” faded in a few hours, but the moral law of God or the Ten Commandments which were, “written and engraven in stones,” stands forever (Psalms 119:160, Isaiah 40:8). Paul himself explained that God’s law can’t be abolished, “Do we then make void the law through faith? Certainly not! On the contrary, we establish the law” (Romans 3:31). 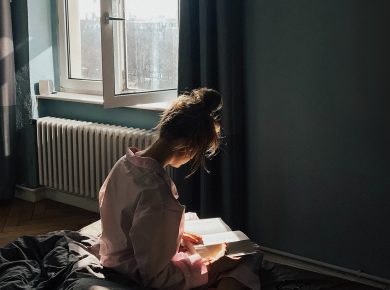 The prophet Isaiah wrote, “And in that day seven women shall take hold of one man, saying, “We will eat our own food and wear our own apparel; only let…
View Answer 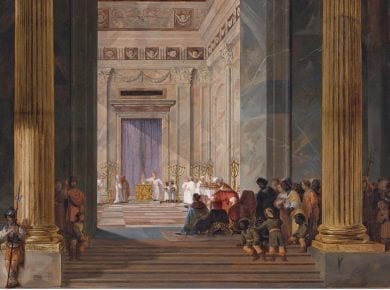 According to the Bible, the Israelite monarchy gained its highest glory and wealth during Solomon’s reign (970 to 931 BCE). Solomon’s wealth The Bible records that “The weight of gold…
View Answer