The Passover was instituted in memory of Israel’s deliverance from Egyptian bondage under the leadership of Moses in 1300 BCE (Ex. 12:14, 27). God helped the Israelites flee from Egypt by exacting ten plagues upon Egyptians. The tenth and worst of the plagues was the death of the Egyptian first-born. God instructed the Israelites to mark the doorposts of their homes with the blood of a slain lamb. Upon seeing the blood, the angel of the Lord would “pass over” the first-born in these homes.

To commemorate the Passover, the Lord instituted that on the 14th day of the first month (Nisan) a lamb would be slain and its blood sprinkled on the doorposts (Ex. 12:1–10). That same night the flesh of the lamb was to be eaten under specified conditions (Ex. 12:11). The lamb was to be entirely roasted (Ex. 12:9) and whatever remained of those parts that could not be eaten was to be burned (Ex. 12:10, 46).

Bread was also to be consumed but it had to be unleavened (Ex. 12: 19, 23). Leaven produces fermentation which is a natural symbol of impurity, moral corruption and sin (Matt 16:5-12; Mark 8:15; Luke 12:1-12). Bitter herbs were also to be eaten with the meal (Ex. 12:8) to remind the participants of their bondage and bitter suffering in Egypt.

Although the Passover memorialized Israel’s departure from Egypt, it also looked forward to “Christ our Passover,” who was to be “sacrificed for us” (1 Cor. 5:7). On the cross, Jesus made provision for everyone to be saved. Therefore, the Christian must assimilate completely the life of the One represented by the slain lamb and accept His character. And because Christ is “the living bread which came down from heaven,” of which a man must eat if he would “live forever” (John 6:51), those who eat His words must also live a life of victory over sin by His enabling grace.

The New Testament counterpart of the Passover is the Lord’s Supper, or the communion service. After Christ came and fulfilled the symbolism of the Passover, there was no more need to slaying the Passover lamb because it foreshadowed His coming. The purpose of the Lord’s Supper is to remind us of the provision made for our redemption on the cross. Like its model, it points both backward and forward—we are to remember Calvary “till he come” (1 Cor. 11:26). 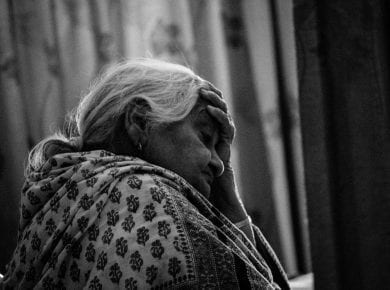 Often Christians wrongly believe that if they live a godly Christian life, God will protect them from pain and suffering. But the truth is we as Christians may experience pain…
View Answer 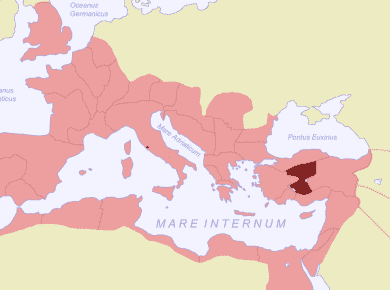 Galatia refers to the land of the Gauls (Gr. Galatai). This land was occupied by a main division of the Gallics who traveled west into Europe. These inhabitants lived in…
View Answer