In the parable of the workers in the vineyard, Jesus resembled the kingdom of heaven to a landowner who went out early in the morning to hire laborers for his vineyard. He agreed to pay the first set of workers a denarius a day. Then, he went again around the third hour, sixth, ninth, and eleventh hours and hired more helpers. So, at the end of the day, he gave the wages to the workers, beginning with the last to the first giving each a denarius.

So, the first workers complained about their wages thinking they would get more. But the landowner answered them saying, ‘Friend, I am doing you no wrong. Did you not agree with me for a denarius? … I wish to give to this last man the same as to you. Is it not lawful for me to do what I wish with my own things? … So the last will be first, and the first last. For many are called, but few chosen” (Matthew 20:1-16).

Jesus wanted to show that those who were hired first represent the Jews who had been first to accept the call of the Lord to work in His vineyard. But His invitation was later given to the gentiles who gladly accepted it. Jesus declared to the chief priests that publicans and harlots would enter the kingdom of heaven ahead of them (Matthew 21:31, 32). In fact, from all over the world the faithful would come to “sit down in the kingdom of God, while the religious leaders of Israel would themselves be “thrust out” (Luke 13:29, 28).

Jesus here makes plain that divine acceptance is not earned, as the religious leaders of His time taught. If God were to deal with men merely on the grounds of justice, no one would qualify for the rewards of heaven and eternal life. It is not a matter of justice or injustice but of generosity from His side. It is not education, position, talent, amount of labor, or qualifications that count in the sight of Heaven, but the spirit of willingness and faithfulness in doing God’s will. 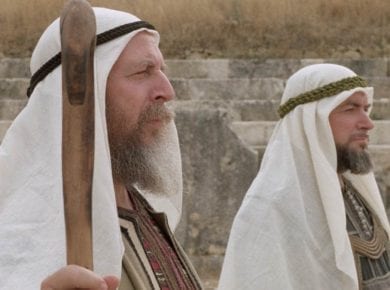 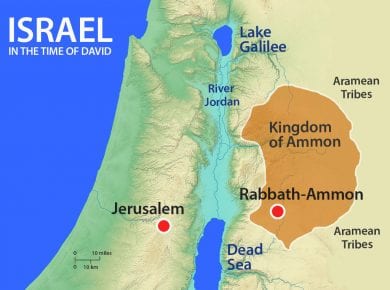 Ammon is the ancestor of the Ammonites. He was the son of Lot (Genesis 19:37) and the nephew of Abraham (Genesis 11:31). Although cousins of the Israelites, the Ammonites were…
View Answer