The Illuminati was founded in 1776 by Bavarian Jesuit Adam Weishaupt. It was a society that was led by a council of five men who were called “The Ancient and Illuminated Seers of Bavaria.” These were a high order Luciferian Freemasons, with beliefs based on mysticism and Eastern disciplines. In 1785, the group was outlawed by the ruler of Bavaria- Charles Theodore. But the Weishaupt group continued its work as a secret society to our present day.

Illuminati means “bearers of light” and is related to the Masons, secret societies, and fraternal organizations that continue to have widespread membership alliances around the globe. The Illuminati plan to form a New World Order where the elite would control politics and mastermind global events. They conceal their plans for world dominance by brain brainwashing the masses through the media, press, educational system, political leadership and monetary system.

Thus, the Illuminati are seen as the main powers pushing for global governance, centralized world economic systems and a one-world religious faith. Organizations like the World Bank, United Nations, the International Criminal Court and the International Monetary Fund are hidden members of the Illuminati. These elite owned organizations manipulate the economy, environment and political powers in the world to convince the people that globalism is the only way to the fix the unsolved problems of the world.

The Illuminati’s  religious system practices a belief known as “Enlightenment,” which is based on the Luciferian doctrines of the deification of men by knowledge. Their roots originated from the ancient mystery religions of Babylon, Egypt, and Celtic druidism. Illuminati groups worship ancient pagan gods such as Baal, Isis, Osiris, Set and El, Ashtarte. The Freemasonry and the Illuminati have secrete ties between them and cooperate to achieve their common goals. The Illuminati are often portrayed in movies, television shows, and entertainment as a power-seeking underground group to eliminate the Judeo-Christian faith and control the globe.

The Bible in Revelation 13 predicts the formation of a New World Order under the leadership of the Antichrist. But the Lord Jesus comforts His followers saying, “In this world you will have trouble. But take heart! I have overcome the world” (1 John 4:4). And for that end time confrontation, God will empower the believers (1 John 2:14; 3:24) and make them stronger than any united adversary.

Jesus will come again to deliver His children to their eternal safety “And I saw heaven opened, and behold a white horse; and he that sat upon him was called Faithful and True, and in righteousness he doth judge and make war” (Revelation 19:11). Jesus will execute judgment by waging war against Satan and his followers. God’s final war will destroy all the political and military forces of earth that assembled to crush God’s servants (Revelation 13:15; 16:13, 14, 16, 17). 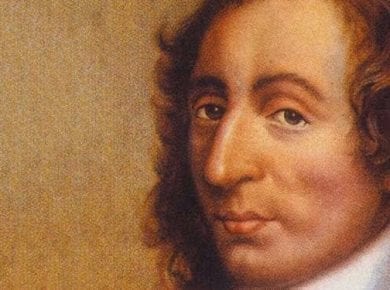 This answer is also available in: हिन्दीPascal’s Wager is an argument posed by the mathematician and physicist Blaise Pascal to deal with God’s existence. To help explain here is an…
View Answer

This answer is also available in: हिन्दीNestorianism is a Christian theological belief that indorses several teachings in Christology and Mariology. It clashes with the notion of hypostatic union and stresses…
View Answer