The Book of Daniel

The book of Daniel presents a record of specific historical occurrences from the life of Daniel and his three friends. These men were Jewish captives in the Babylonian government. The book presents a prophetic dream of King Nebuchadnezzar, and Daniel’s interpretation of it. Also, it includes other visions that Daniel received from the Lord (see What are the four prophecies in the book of Daniel?).

Although the book of Daniel was written during the exile in Babylon and shortly thereafter, its purpose was not necessarily to present a history of the Jewish exile. The book focuses on specific experiences of the prophet and his friends as well as prophecies for God’s people thereafter.

The book of Daniel is often thought of to be written in two parts. The first 6 chapters are considered more historical, as they tell stories of the life of Daniel and his friends in chronological order. The last 6 chapters (7-12) are considered prophetic, as they mainly state the prophecies given to Daniel throughout various times during his captivity in Babylon and in Persia.

The book of Daniel records the reason for his existence and public service in Babylon (Daniel 1). Daniel was taken to Babylon in the first captivity in 605 B.C and was made a eunuch (Daniel 1:3, 6). He and other princes of royal blood were selected to be prepared and educated for government positions (2 Kings 20:16-18). The first 19 years of Daniel’s life in Babylonia were the last years of Judah’s presence as a kingdom, although under the rule of Babylon.

The unsuccessful anti-Babylonian measures of the last kings of Judah’s caused the nation to delve from one calamity to another. King Jehoiakim, during whose rule Daniel had been taken captive, stayed loyal to Babylon for a few years. Finally, he complied to the plan of the pro-Egyptian party in Judah, and defied Babylon. Consequently, the nation was attacked, the inhabitants were taken into captivity, and the king died (2 Kings 24:1-6).

The king’s son, Jehoiachin, after only 3 months, saw the Babylonians return back. He too was taken captive along thousands of the upper-class citizens of Judah, in 597 B.C. The king that followed him was Zedekiah, who tried to stay faithful to Babylon. However, he was weak and could not resist the proposals of Egypt and the anti-Babylonian feelings of his advisers (2 Kings 24:20; 2 Chronicles 36:11-13).

The destruction of Judah

Nebuchadnezzar became tired of the repeated revolts in Israel and decided to end the kingdom of Judah.  For two and a half years, he waged war against Judah. He destroyed Jerusalem, its Temple, palaces, and led the majority of the inhabitants of Judah into captivity in 586 B.C. Daniel was in Babylon during that sad era. He knew of the Babylonian attacks against his homeland, and saw the arrival of captured Jews. Among the captives were the young king Jehoiachin with his family (2 Kings 24:10–16), and later the blinded king Zedekiah (2 Kings 25:7).

During these years, Daniel felt the political tension that was among the captive Jews, which caused Nebuchadnezzar to kill some of the chief instigators. It was this tension that caused Jeremiah to send a letter to his captured fellow citizens advising them to lead a peaceful life in Babylon (Jeremiah 29). Daniel and his three friends served the Babylonian king quietly and were subject to his rule.

After their training, the four young men were selected to be part of the wise men (Daniel 1:18-20). These were the king’s advisers. During that time, Daniel had the chance to interpret Nebuchadnezzar’s dream of future empires (Daniel 2). As a result, Daniel was advanced in His work to a high position (Daniel 2:48, 49). Thus, he had the opportunity to tell the king about the God of heaven and earth, whom Daniel and his friends worshiped.

Later, the Babylonians asked for Daniel’s council, during the night of Babylon’s fall, in 539 B.C. This occurred when Daniel was called to read and interpret the handwriting on the wall of Belshazzar’s banquet hall (Daniel 5).

After the Persians became rulers over Babylon and its empire, the new kings employed Daniel as an experienced statesman. So, Daniel became a chief counselor of the kingdom (Daniel 6:1-3). It is believed that it was he who brought the prophecies of Isaiah to the attention of the Persian king. These prophecies helped the ruler to make a decree that ended exile for the Jews and restore to them their nation and the Temple.

During the final term of Daniel’s royal office, his jealous enemies tried to destroy him. However, the Lord miraculously saved him (Daniel 6).

God’s prophet received more important visions during the last years of his life, first under Darius the Mede (Daniel 9), and then under Cyrus (Daniel 10–12). 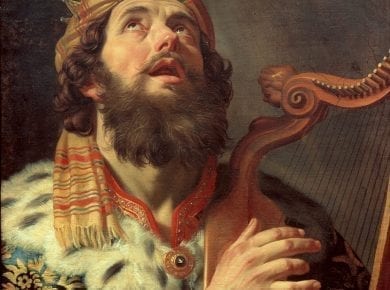 This page is also available in: العربية (Arabic) हिन्दी (Hindi)The psalms are the inspired creation of several writers. The oldest suggestions regarding the origin of the Psalter are given in…
View Answer 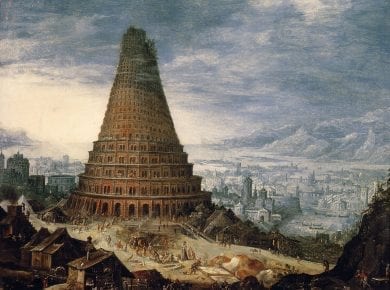