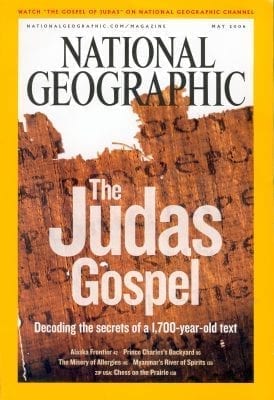 The gospel of Judas is a gnostic gospel. Scholars believe it was written in the second century by gnostic Christians. According to Timothy Jull, a carbon-dating expert at the University of Arizona’s physics center, the book was dated to the period between the third and fourth centuries. The only copy of this book is found in the Coptic language. The National Geographic society translated the book and it was first published in early 2006. Today, the manuscript is in over a thousand pieces with many sections missing due to poor handling and storage.

The gospel of Judas consists of 16 chapters and claims to record Jesus’s teaching about spiritual topics and cosmology. It was written from Judas’ point of view and allegedly contains conversations between Jesus and Judas Iscariot.

This gospel contains teachings that clearly contradict the Bible in its basic beliefs, especially in the main theme of the substitution-death of Christ on behalf of humanity. Whereas the Biblical gospels teach that Jesus had to die in order to atone for the sins of humanity, the author of Judas teaches that substitutionary justice pleases only the lower gods and angels and that the true supreme God is too gracious and would not demand such a sacrifice nor punish sinners.

The canonical gospels present Judas as a betrayer who delivered Jesus to the Jewish religious leaders in exchange for 30 pieces of sliver (Matthew 26:15), but the gospel of Judas portrays Judas’ actions as being in obedience to the command of Jesus. And it adds that the rest of Christ’s disciples did not know the true meaning of Jesus’ teaching because He only taught Judas His message claiming that Judas belonged to the “holy generation.”

According to the gospel of Judas, mankind can be divided into two groups. Those who are furnished with an immortal soul, like Judas. These can come to know the god within and enter the imperishable realm when they die. The other group consists of those who cannot enter the realm of God and will die both spiritually and physically at the end of their lives.

But the Bible teaches that Jesus Himself called Judas the “son of perdition” (John 17:12). Jesus Himself confirmed that the betrayer will not be saved (Matthew 26:24). And Jesus admitted the lost state of Judas in His prayer to the Father (John 17:12). Judas rightfully felt so guilty for betraying Jesus that it drove him to commit suicide (Matthew 27:5; Acts 1:18). 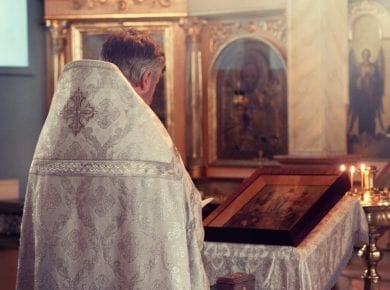 This answer is also available in: हिन्दीChristian confirmation is a sacrament, ritual or rite of passage practiced by the Roman Catholic, Anglican and Orthodox Churches. This service allows a baptized…
View Answer

Table of Contents A.The Law of God Can Be ChangedB.The Soul of Man is ImmortalC.Hell is ForeverD.Baptism by Immersion is Not NecessaryE.Sunday is God’s Holy DayF.Confessing Sins to PriestsG.Intercessions of…
View Answer