The Gap Theory does not agree with what the Bible says. Moses wrote, “In the beginning God created the heavens and the earth. Now the earth was formless and empty, darkness was over the surface of the deep…” (Genesis 1:1–2).

This theory is also called old-earth creationism, gap creationism, and the ruin-reconstruction theory. It is distinct from theistic evolution and the day-age theory. Most versions of the Gap Theory put millions of years of geologic time and animal fossils between the first two verses of Genesis 1.

The proponents of this theory teach that between verse one and two in Genesis 1, Satan fell in heaven and was cast out. And his sin “ruined” the Earth’s creation and caused destruction and death. As a result, the earth was reduced to its “formless and empty” state, ready for the “re-construction.” And the length of time involved was millions of years. Thus, this theory attempts to explain many scientific observations, including the age of the Earth.

From 1814, gap creationism was promoted by Thomas Chalmers (1780-1847). He accredited the theory to the 17th-century Dutch Arminian theologian Simon Episcopius. Chalmers was a professor at the University of Edinburgh and founder of the Free Church of Scotland. Other early advocates were Oxford University professor and fellow Bridgewater, William Buckland, Sharon Turner, and Edward Hitchcock.

Its contradiction to the Bible

The gap theory clearly contradicts what the Bible teaches. A major problem of the gap theory is that the original creation of God suffered death and destruction before Adam’s fall. But the Bible clearly teaches that death took place after the fall of Adam. “Sin entered the world through one man, and death through sin, and in this way death came to all people, because all sinned” (Romans 5:12). ). Satan and his angels had already fallen (Isaiah 14:12–14; Ezekiel 28:12–18). And sin could not enter planet earth until man yielded to it. In fact, Satan, used the serpent to tempt man to make his evil choice.

Another contradiction is that there was no destruction in Genesis 1 because God declared His creation to be “very good” ( Genesis 1:31). And finally, God stated that the heavens, the earth, the seas, and all that is in them were created in six literal days of 24 hours each (Exodus 20:11).

Most “ruin-reconstruction” theorists have accepted the millions of years dating for the fossil record. They did so in order to harmonies the biblical story of creation with the theory of progressive evolution suggested by scientists. This unbiblical doctrine is called “theistic evolution” and “progressive creation.” 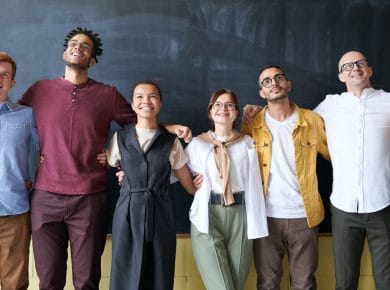 This answer is also available in: हिन्दीPaul preached to the Athenians saying: “And He has made from one blood every nation of men to dwell on all the face of…
View Answer

This answer is also available in: हिन्दीJesus said, “Blessed are the poor in spirit, for theirs is the kingdom of heaven” (Matthew 5:3). In this verse, the word poor in…
View Answer