The gift of healing

Before His ascension, Christ gave special gifts (including the gift of healing) and powers to the spiritual leaders of His flock: “They will take up serpents; and if they drink anything deadly, it will by no means hurt them; they will lay hands on the sick, and they will recover” (Mark 16:18). It seems that those who were given the gift of healing had divine knowledge and direction in their work. For they healed only those whom God directed them to heal. They thus had certain knowledge of the results.

Examples for the gift of healing

The gift of healing in the early church was given to specific individuals as the Spirit led.

The apostle Peter healed certain people during his ministry and the lame man at the gate of the temple was one of them. “And a certain man lame from his mother’s womb was carried, whom they laid daily at the gate of the temple which is called Beautiful, to ask alms from those who entered the temple;  who, seeing Peter and John about to go into the temple, asked for alms.  And fixing his eyes on him, with John, Peter said, “Look at us.”  So he gave them his attention, expecting to receive something from them.  Then Peter said, “Silver and gold I do not have, but what I do have I give you: In the name of Jesus Christ of Nazareth, rise up and walk.”  And he took him by the right hand and lifted him up, and immediately his feet and ankle bones received strength.  So he, leaping up, stood and walked and entered the temple with them—walking, leaping, and praising God” (Acts 3:2–8).

The apostle Paul healed the crippled person because he had faith in the power of God. “And in Lystra a certain man without strength in his feet was sitting, a cripple from his mother’s womb, who had never walked.  This man heard Paul speaking. Paul, observing him intently and seeing that he had faith to be healed, said with a loud voice, “Stand up straight on your feet!” And he leaped and walked” (Acts 14:8–10).

The difference between praying for healing and the gift of healing

It is the privilege of every believer to pray and ask for the healing and to receive answers from God to his prayer. The Bible says, “Is anyone among you sick? Let him call for the elders of the church, and let them pray over him, anointing him with oil in the name of the Lord. And the prayer of faith will save the sick, and the Lord will raise him up. And if he has committed sins, he will be forgiven” (James 2:5).

However, praying for healing should be distinguished from the “gift of healing” (1 Corinthians 12:7) which the Lord distributes “to each one individually as He wills” (1 Corinthians 12:11). This gift was given by divine direction and granted healing to specific people for specific purposes. For the Lord knows the capacities and the needs existing in the experience of each individual and He does that which is best. 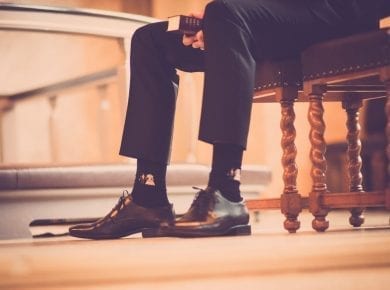 A legalistic church is concerned about protecting its traditions and rules rather than fulfilling the mission of preaching the gospel and making disciples. Institutionalism takes the place of the great…
View Answer 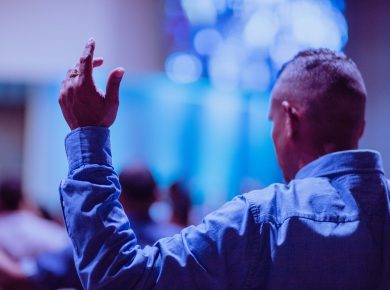 Table of Contents Old Testament supportGod’s plan of tithingNew Testament churchVictory over sin The apostle Paul wrote to the church at Corinth: “Do you not know that those who minister…
View Answer