Blue laws, also known as Sunday laws, are laws designed to restrict or ban some or all activities on Sundays for religious reasons, particularly to promote the observance of a day of worship or rest. Blue laws may also restrict shopping or ban sale most often on Sundays in the western world. These laws are enforced in parts of the United States and Canada as well as some European countries, particularly in Austria, Germany, Switzerland, and Norway, keeping most stores closed on Sundays.

In the United States, the U.S. Supreme Court has held blue laws as constitutional numerous times citing secular basis, even though the origin of the blue laws were for religious purposes. Most blue laws have been repealed in the United States, although many states still ban the sale of alcoholic beverages or cars on Sundays. Bergen County, New Jersey is notable for their blue laws banning the sale of clothing, shoes, furniture, home supplies and appliances on Sundays kept through county-wide referendum.

What’s wrong with having Sunday laws?

First: The fourth commandment states that “the seventh day (Saturday) is the Sabbath of the Lord” (Ex. 20:8-110), not Sunday.

Second: God never forces people by law to worship Him. The Bible says “Whoever wills [chooses],” says the Lord, “let him take the water of life freely” (Rev. 22:17, KJV). “Whoever wills” and “freely” reveal freedom of choice, not compulsion by civil law. Force is used only by the devil.

Although most blue Sunday laws have been repealed in the United States, Bible prophecy predicts that Sunday observance will be reenacted again. For more information, check the following links: 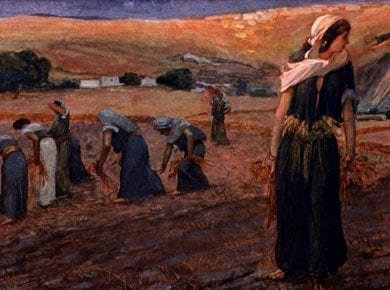 This page is also available in: हिन्दी (Hindi)The Biblical laws concerning slavery not only lightened the lot of the Hebrew slave but eventually led to his freedom. No slave was…
View Answer

This page is also available in: हिन्दी (Hindi)Many people exclaim, “No one can keep the commandments!” In a sense this is true, for we are carnally minded, “Because the carnal…
View Answer