“Receive one who is weak in the faith, but not to disputes over doubtful things. 2 For one believes he may eat all things, but he who is weak eats only vegetables. 3 Let not him who eats despise him who does not eat, and let not him who does not eat judge him who eats; for God has received him. 4 Who are you to judge another’s servant? To his own master he stands or falls. Indeed, he will be made to stand, for God is able to make him stand. 5 One person esteems one day above another; another esteems every day alike. Let each be fully convinced in his own mind. 6 He who observes the day, observes it to the Lord; [a]and he who does not observe the day, to the Lord he does not observe it. He who eats, eats to the Lord, for he gives God thanks; and he who does not eat, to the Lord he does not eat, and gives God thanks” (Romans 14:1-6).

The weak in faith

Paul is talking about the “weak in the faith” who has a limited knowledge of the truth. This person is eager to be saved and is willing to do whatever he believes is required of him. And in his lack of knowledge (Hebrews 5:11 to 6:2), he tries to make his salvation more sure by observing certain rules that are not required of him. Then, he gets confused when he notices that the mature Christians do not share his scruples.

In 1 Corinthians 8, Paul deals with the problem of the strong versus the weak brother, relating to diet. In Corinthian church, the issue was the propriety of eating foods sacrificed to idols. According to the ancient practice, pagan priests sold the animal sacrifices that were offered to idols in the market. Paul said to the Corinthian believers converts (Jews and gentiles) that since an idol was nothing there was nothing wrong with eating the foods dedicated to it. However, he added that due to differences in spiritual knowledge and Christian maturity, not all could with a free conscience eat such foods (1 Corinthians 8).

Therefore, Paul urged those without scruples regarding these foods not to place a stumbling block in a brother’s path by eating such foods (Romans 14:13). His instruction was in line with the decision of the Jerusalem Council, and shed light on why that council took the decision it did on this issue (Acts 15). Perhaps for fear of offending in this issue, some Christians abstained from flesh foods all together, and ate a diet of “herbs,” or vegetables.

Please note that Paul was not talking about foods that were harmful (unclean foods). He was not saying that the believer of strong faith may eat anything, regardless of its effect on his health. For he has already taught, in chapter 12:1, that the genuine Christian will keep his body holy and acceptable to God as a living sacrifice (Romans 12:1; 1 Corinthians 10:31).

As for the observance of days (Romans 14:5,6), the Jewish Christians didn’t fully realize that the ceremonial law of Moses that included the yearly holydays or feasts (Leviticus 23:1–44) had been abolished at the cross (Colossians 2:14–16) and was no longer binding on Christians. Some have wrongly taught that Paul abolished the weekly seventh-day Sabbath of God’s moral law (Exodus 20:8-11). But the apostle didn’t abolish the seventh-day Sabbath.

And this has been clearly understood by conservative Bible commentators, like Jamieson, Fausset, and Brown, in their comment on ch. 14:5, 6.

In view of these facts it becomes clear that Paul, in Romans 14, is not (1) disapproving a diet of “herbs” (vegetables), or (2) doing away with the distinction between clean and unclean meats, or (3) abolishing the seventh-day Sabbath of the moral law (Romans 3:31).

In Romans 14:1 to 15:14, Paul simply admonished the stronger believer to understand the problems of his weaker brother. As in Romans 12 and 13, he showed that the basis of unity and peace in the church is genuine Christian love. This same love and mutual respect will guarantee continuing peace among the body of Christ, in spite of differing opinions and scruples in matters of religion. 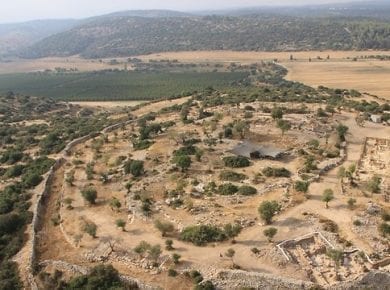 This page is also available in: العربية (Arabic) हिन्दी (Hindi)In the OT, the Lord ordained that there should be levitical cities of refuge to protect those that committed accidental murder…
View Answer 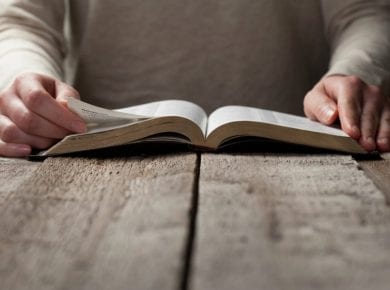 This page is also available in: العربية (Arabic) हिन्दी (Hindi)The Bible made a clear distinction between the law of the Ten commandments and the ceremonial law of Moses. Moses wrote,…
View Answer