Yet, the 66 books maintain perfect harmony with each other. And this is because “Holy men of God spake as they were moved by the Holy Ghost” (2 Peter 1:21).
This unity is unique from all other books and is evidence of the divine origin of the words which God moved men to record. Therefore, there is no doubt that the Bible is the very Word of God. This is clearly seen in Paul’s commendation to Timothy: “… from infancy you have known the holy Scriptures, which are able to make you wise for salvation through faith in Christ Jesus. All Scripture is God-breathed and is useful for teaching, rebuking, correcting and training in righteousness, so that the man of God may be thoroughly equipped for every good work” (2 Timothy 3:15-17). And if the Bible is truly the Word of God, then it is the final authority for all matters of faith, religious practice, and morals.

This answer is also available in: हिन्दीGod gave us the Bible to tell us the story of His infinite love and redemption for man. The Lord inspired Holy men to…
View Answer 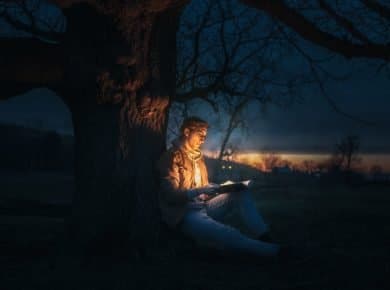