Numerology is any belief in the mystical connection between a number and coinciding events. There are different numerology systems which allocate numerical value to the letters of an alphabet. Some examples are: the Abjad numerals in Arabic, the Armenian numerals, the Hebrew numerals, and the Greek numerals.

The term numerologist refers to those who put their faith in numerical patterns and draw pseudo-scientific implications from them, even if they do not themselves exercise traditional numerology.

Numerology is often associated with the paranormal, alongside astrology and similar divinatory arts. These Occult practices are strongly condemned in the Bible. In the Old Testament, God strictly warned the Israelites against being involved with the occult:

“And the soul that turneth after such as have familiar spirits, and after wizards, to go a whoring after them, I will even set my face against that soul, and will cut him off from among his people” (Leviticus 20:6).

“When you come into the land which the LORD your God is giving you, you shall not learn to follow the abominations of those nations. There shall not be found among you anyone who makes his son or his daughter pass through the fire [an ancient occult practice], or one who practices witchcraft, or a soothsayer, or one who interprets omens, or a sorcerer, or one who conjures spells, or a medium, or a spiritist, or one who calls up the dead. For all who do these things are an abomination [detestable] to the LORD” (Deuteronomy 18:9-12).

And in the New Testament, believers were also warned that the occult will be one of the signs of the end “The [Holy] Spirit clearly says that in later times some will abandon the faith and follow deceiving spirits and things taught by demons” (1 Timothy 4:1).

Therefore, Christians today are exhorted to “Be sober, be vigilant; because your adversary the devil, as a roaring lion, walketh about, seeking whom he may devour” (1 Peter 5:8). They are to put on the “full armor of God” to reject all occult practices and be holy people (Ephesians 6:10–18). 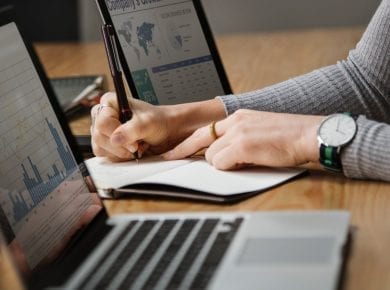 This page is also available in: हिन्दी (Hindi)The Bible does not mention the word bankruptcy. Nevertheless, it teaches  that Christians should “Owe no one anything except to love one another”…
View Answer

This page is also available in: हिन्दी (Hindi)The Bible tells us that the Christian will be given a “new name,” in heaven that is, a new and different character, patterned…
View Answer