The prophet Isaiah wrote, “For the LORD will rise up as at Mount Perazim, He will be angry as in the Valley of Gibeon—That He may do His work, His awesome work, and bring to pass His act, His unusual act” (Isaiah 28:11).

The nature of God

God is, by nature, merciful, loving, and long-suffering. Moses described the character of God as thus: “The LORD, the LORD God, merciful and gracious, longsuffering, and abounding in goodness and truth, keeping mercy for thousands, forgiving iniquity and transgression and sin, by no means clearing the guilty, visiting the iniquity of the fathers upon the children and the children’s children to the third and the fourth generation” (Ex. 34:6, 7 also Eze. 18:23, 32; 33:11; 2 Peter 3:9). Thus, it is unnatural to His character to inflict pain, suffering, punishment and death upon His creatures.

But at the same time, He will “by no means clear the guilty” (Ex. 34:7). Sometimes divine justice takes a long time to be revealed that people think it will never come. And they continue following their evil pursuits with impunity. “Because the sentence against an evil work is not executed speedily, therefore the heart of the sons of men is fully set in them to do evil” (Eccl. 8:11 also Zeph. 1:12; Mal. 2:17; 3:14).

Warning to the wicked

The final judgement in hell

The prophet Ezekiel wrote, “‘As I live,’ says the Lord God, ‘I have no pleasure in the death of the wicked, but that the wicked turn from his way and live. Turn, turn from your evil ways! For why should you die?’” (ch. 33:11). And Matthew wrote, for “The Son of Man did not come to destroy men’s lives but to save them” (Luke 9:56).

The work of destroying the wicked in hellfire is so foreign to God’s nature that it will be His final “unusual act.” And God’s loving heart will suffer at the destruction of the wicked. But because of their own free will in choosing evil, He will have no choice but to destroy the unrepentant sinners when He purges the universe of the cancer called “sin.” However, hell will not be forever. 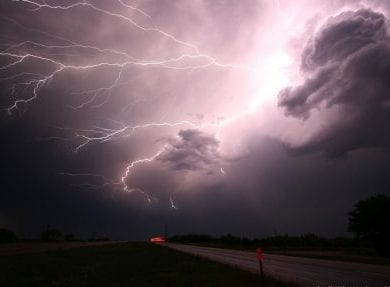 This page is also available in: हिन्दी (Hindi)God is omnipotent “El Shaddai” (Exodus 6:2-3) which means He is all powerful (Matthew 28:18). Humans are limited by time, space, and force,…
View Answer

This page is also available in: हिन्दी (Hindi)It is OK for humans to argue with God and weigh the evidence in His Word: “Come now, and let us reason together”…
View Answer