Dispensationalism views Biblical history as divided by God into defined ages where God administers certain principles. Each age of God’s plan is directed in a certain way and is held responsible as a steward during that time. Dispensationalists believe in premillennialism and most hold to the pretribulation “secret rapture” belief. According to the “Dispensationalism” or “Futurism” interpretation of prophecy, the coming of Jesus Christ will be in two separate events. First, He will come secretly to take the church to heaven, and then, seven years later, He will come in power and glory. In between those two events, the Antichrist will allegedly come to power and the great tribulation period takes place.

But the Bible nowhere speaks of these two separate comings of Jesus nor does the word rapture appear in the Scriptures. Christ’s coming, the resurrection, and catching up of the saints to meet Jesus in the air, all take place at the same time, at the end of the world (1 Thessalonians 4:16, 17; 1 Corinthians 15:52; Matthew 24:27; Matthew 24:30,31; Psalm 50:3; Revelation 1:7; Matthew 24:27; Revelation 6:16,17). To believe that the second coming of Christ will be secret, in view of the previous Bible references is to contradict the Bible.

Dispensationalists also believe that Israel as a nation will play a major role in the end time events. They teach that God has yet to fulfill His promises to modern Israel. These promises include obtaining the literal land of Israel and rebuilding the third Temple. They believe that when Christ returns, He will rule the world from Jerusalem for a thousand years. Some of the contemporary so-called Christian “Zionists” are Thomas Ice, Randall Price, Grant Jeffrey, Hal Lindsey, Tim LaHaye, Dave Hunt, and John Hagee.

But according to the Scriptures, the NT church became spiritual Israel that receives the promises of God and not the literal nation of Israel. When the nation of Israel rejected Christ and crucified Him, they were rejected by God (Matthew 23:37,38). And according to Jesus’ prophecy, Jerusalem was destroyed in 70 AD.

Now there are two Israels. One group is composed of literal Israelites “according to the flesh” (Romans 9:3, 4). The other is “spiritual Israel,” composed of Jews and Gentiles who believe in Jesus Christ. Paul writes, “They are not all Israel, which are of Israel” (Romans 9:6). This means that not all are part of God’s spiritual Israel who are of the literal nation of Israel. Paul continues: “That is, they which are the children of the flesh [physical descendants of Abraham], these are not the children of God: but the children of the promise are counted for the seed” (v. 8).

Today any person—Jew or Gentile—can become part of this spiritual nation of Israel through faith in Jesus Christ (Romans 10:12). Also, “there is neither Greek nor Jew, circumcision nor uncircumcision, Barbarian, Scythian, bond nor free: but Christ is all, and in all” (Colossians 3:11 also Galatians 3:28,29). The NT centers on Jesus Christ and God’s Israel in the Spirit, not the Israel of the flesh or modern Israel. What Dispensationalism teaches about Israel also contradicts the teachings of the Bible. 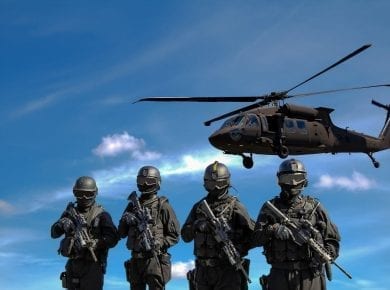 This answer is also available in: हिन्दीThe secret rapture theory claims that believers will suddenly disappear leaving their loved ones behind. And all who are “left behind” must then endure…
View Answer