Abraham’s bosom is a Jewish idiom, meaning “paradise.” Jesus used it once in the parable of the rich man and Lazarus in Luke 16:19-31. In other incidents, Jesus spoke of paradise as a place where “many” would “come from the east and west” and “sit down with Abraham” at the feast of “the kingdom of heaven” (Matt. 8:11; Luke 14:15). Abraham was the father of the Jews (John 8:39, 56), and they conceived the patriarchs as welcoming his children to paradise.

The parable of Abraham’s bosom should not be taken literally for Jesus was talking figuratively and drawing a clear distinction between this life and the next and showing the relationship of each to the other. Many facts make it clear that this is only a parable. A few are as follows:

The idea that at death men go to a place where they suffer “torments” is utterly foreign to the Scriptures, which teach plainly that “the dead know not any thing” (Eccl. 9:5; Ps. 146:4). Jesus Himself resembled death to a sleep (John 11:11, 14). In this parable, Jesus was not discussing either the state of man in death or the time when rewards will be passed out.

And some wrongly conclude from the parable of Abraham’s bosom that Jesus was teaching that at death the wicked are taken to a place where they undergo “torments.” But this would make Jesus contradict His plain teachings on that subject upon other occasions, as well as the teachings of the Bible as a whole. It is in the “hell” of geenna that sinners are to experience fiery torments (Matt. 5:22), not in hadēs. Thus, it is clear when Jesus therefore presented the rich man as a “tormented in this flame” (Luke 16:24), in hadēs, He was clearly speaking figuratively. 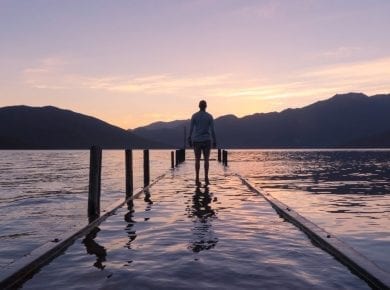 This answer is also available in: العربية हिन्दीThe concept of doing more good deeds than bad deeds saves, is also called “balance scale” judgment, and is one of the most…
View Answer 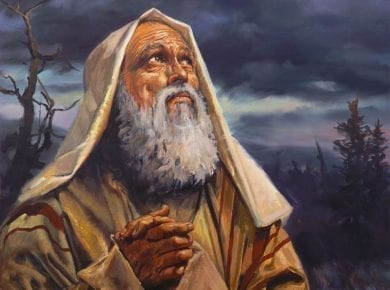 This answer is also available in: العربية हिन्दीThe Bible speaks of two men that were translated to heaven without dying- Enoch and Elijah. “Enoch was translated that he should not…
View Answer