Good question Justace. You know I just want to say first off all these responses will be from the Bible and so if you look in the Bible for Easter Monday you won’t find it. Not only the word Easter but even just asking was there any sort of event that happened on Monday. What I love about the Bible is that the Bible is actually very clear as to the events that happened that weekend and the start of the new week. So we see on Friday that Jesus died and again very specific it talks about how Jesus died up on Friday at 3:00 p.m. So you see that the Bible is very intentional about drawing out the different sequence of events throughout that weekend then we see on Sabbath where after He dies He rests in the tomb on Sabbath. Then Sunday, which will focus a little bit more, on what a lot of people refer to as Easter Sunday – again very specific. So I actually just wanted to read or kind of brush up on a couple of verses. You’ll notice that Easter Sunday, or as we know Jesus’s resurrection, is found in all four Gospels and that in itself is an observation to be made to know that it’s very important all four Gospels cover – this beautiful story of Jesus resurrection and not all stories are included in every gospel and so they really wanted to highlight and not only highlight this event, but they were very specific as to when it happened.

So quickly Matthew 28 talks about it… It starts off right away saying after the Sabbath after the Sabbath at dawn on the first day of the week. So you can’t get more specific than that. It’s not only saying what day, but even at a time of day – very specific. Mark 16 then says when Sabbath was over. So in different language, but still the same time period and it says very early on the first day of the week so we get the sense again after the Sabbath the first day which we know is Sunday – very very early. Then in Luke 24 we again see the same language on first day of the week early in the morning and then in John 20 he kind of adds something. He says early on the first day while it was still dark. So again all of the different writers really emphasizing the importance of time and what happened on that day. We don’t see anywhere in the Bible talking about and on the second day of the week or on Monday something happened and that’s because of tradition and culture. So we’ve done its for us to understand the difference between what the Bible says which is what tradition culture and holidays that are created and so according to the Bible we see that’s very clear. The events that happened Friday Jesus died Sabbath. He rested and Sunday He rose very early in the morning. 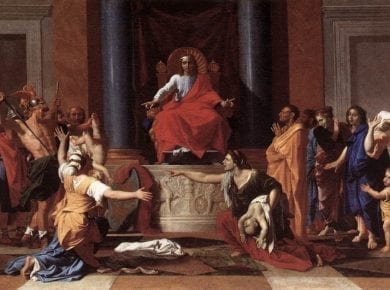 The first book of kings records the story of Solomon and the two harlots (ch. 3:16-28). These two women, that lived in the same house, came one day to King…
View Answer 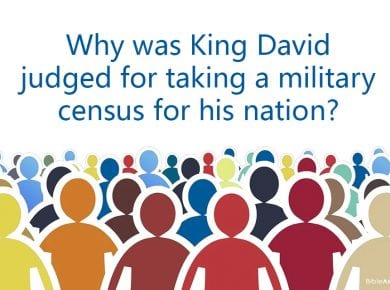