God ruled the universe with mercy and justice. But He was not alone. He had an associate who shared His purposes and joy in giving happiness to the created beings (John 1:1, 2). This co-worker was Christ the only begotten of God. He was One with the eternal Father in nature and character (Isaiah 9:6). He had no beginning of time (Micah 5:2; Proverbs 8:22-30. PP 34). And through Him, the Father created the worlds (Colossians 1:16).

God created angels as ministering spirits (Hebrews 1:14). But unlike angels, Christ was “the express image of His (God’s) person, and upholding all things by the word of His power, when He had by Himself purged our sins, sat down at the right hand of the Majesty on high” (Hebrews 1:3).

The law of love was the basis for God’s government in the universe. The happiness of all the created beings depended upon their perfect harmony with its good principles. God wants from all His creatures the worship of love that is build on appreciation to His character. The Creator takes no pleasure in a forced obedience. For this reason, He granted the freedom of will to His intelligent beings.

So long as all created beings accepted the commitment of love, there was perfect peace and harmony in the universe. It was the joy of God’s children to fulfill the purpose of their Creator. They found great pleasure in reflecting His glory. And while love to God was the highest force in their hearts, love for one another was given freely.

But a change took place to this state of happiness. The highest angel in rank abused the freedom that the Creator gave to him. His name was Lucifer. God created him perfect in beauty and wisdom (Ezekiel 28:12-15) till he harbored sin in his heart.

Lucifer the created angel wanted to exalt himself and be like the Creator (Ezekiel 28:17). He said, “I will exalt my throne above the stars of God…. I will be like the Most High” (Isaiah 14:13, 14). Though all his glory was from God, this angel came to regard it as his. Not satisfied with his high position, he dared to covet the worship which was due to God alone. Also, he coveted the glory that the Father bestowed upon Christ.

Sadly, the perfect harmony of heaven was lost as Lucifer tried to promote his selfish goals instead of those of his Creator. Then, Satan shared his discontent with God’s angels. He began to instill doubts against God’s goodness, love and wisdom. And some of the angels fell for his lies.

God was very patient with Lucifer and showed him the deadly results of sin. But the proud angel didn’t heed God’s warnings. Lucifer, “the light bearer,” the sharer of God’s glory, the attendant of His throne, rejected God’s pleadings. And thus, he turned into an angel of darkness or Satan, “the adversary” and the destroyer. Sadly, many angels followed him as their leader.

Even when Satan was cast out of heaven, the Lord did not immediately destroy him. Since only the relationship of love can be acceptable to the Creator, the loyalty of His creatures must depend upon a belief in His justice and mercy. God’s created beings were unprepared to understand the nature and results of sin. So, they could not, then, have seen the justice of God in destroying this rebellion angel. The Creator in wisdom designed that Satan’s own work must condemn him. And that the whole universe must see the deceiver exposed.

Had Satan been immediately destroyed; some would have served God from fear rather than from love. Therefore, For the good of the whole universe, Satan must demonstrate his principles, that his false claims against God’s government might be seen in their true light, and that the justice, mercy of God, and the immutability of His law might be forever set beyond all doubt.

This way, the history of this terrible experiment of rebellion was to be a continuous protection to God’s creation, to prevent them from being deceived again and lose their lives. God dealings with man are perfect (Deuteronomy 32:4).

The creation of our world

Satan and his angels were cast out of heaven (2 Peter 2:4), before the creation of this world. Later on, God created Adam and Eve. Satan tempted them and they unfortunately fell for his lies. They were doomed to eternal death as a result of their transgression of God’s command (Genesis 3).

But the Lord in His infinite mercy and love, planned a way of salvation to the deceived human race. Christ offered to bear the penalty of man’s sin by His atoning death. “For God so loved the world that He gave His only begotten Son, that whoever believes in Him should not perish but have everlasting life” (John 3:16).

Thus, Satan accusations of God were fully exposed as lies. For the Creator’s love and mercy were fully revealed to the entire Universe at the cross when He gave up His life to redeem His created beings. There is no greater love than this (John 15:13). 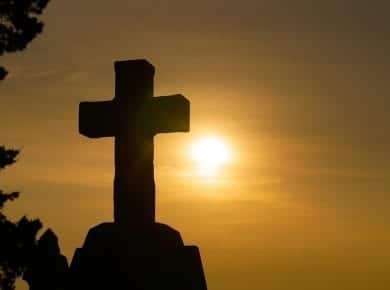 This page is also available in: العربية (Arabic) हिन्दी (Hindi)Heaven, is God’s Holy dwelling place (Psalm 68:5; Nehemiah 1:5). A person that wants to live with God has to believe…
View Answer 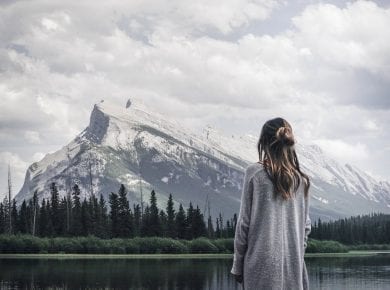 This page is also available in: العربية (Arabic) हिन्दी (Hindi)Many Christians believe that babies that die will be resurrected at the end of time and will go to heaven on…
View Answer