This proverb is actually taken from the book of Ezekiel the prophet. “The fathers have eaten sour grapes, and the children’s teeth are set on edge’?” (Ezekiel 18:2). This proverb was used by Ezekiel’s contemporaries to put the blame on their parents instead of taking responsibility for their own evil works.  The prophet referred to and condemned this proverb when addressing his generation (Jeremiah 31:29, 30).

The sour grapes the fathers ate represented their own individual sins. The setting of the children’s teeth on edge resembles the pain the Jews felt as a result of their fathers’ wickedness. Only superficially, this proverb appears to be in line with the principles given in the second commandment, that the iniquities of the fathers are visited upon the children (Exodus 20:5; 34:7; Deuteronomy 5:9).

So, why did Ezekiel condemn this proverb to his people?

The truth is that Ezekiel’s declaration to his contemporaries and the principles in God’s moral law in the second commandment deal with two completely different issues. Ezekiel’s generation claimed that they suffered from their fathers’ sin. However, the second commandment deals with the handing down of wickedness to futures generation through heredity. For it is expected that children should suffer from the results of parental sin. But they don’t get punished for the parents’ guilt, except if they participate in their parent’s sins.

Sin corrupted and polluted the nature of Adam and Eve. Therefore, it was not possible for them to pass on to their future generations good traits that they didn’t have. Hence, we, as their offspring, suffer the consequence of the sins of our parents. But we don’t suffer through any unjust attribution of their sin.

God’s plan for dealing with sin

The plan of salvation provided for preserving the lives of our first parents even though such a preservation would allow the continuation of the hereditary laws. And this was fair because the plan of salvation also made possible the ultimate freedom from sin. God’s grace can liberate us from depraved appetites and corrupted morals which are transferred from father to son. It provided also triumph in this life over inherited and cultivated propensities to wickedness. And its final healing effect will be not only the salvation of many people but lasting immunity against future wrongdoing.

Ezekiel’s contemporaries didn’t understand the difference between the laws of heredity in passing evil and the individual responsibility. And they wrongly accused the Lord for inflicting them with the consequences of sin which they were not responsible for. This same excuse that Ezekiel’s contemporaries gave can’t be given at the Day of Judgement by the wicked. Since the Lord offers all free salvation, no one can give the excuse implied in the parable of the “sour grapes.” The lost person will have only himself to blame for his lost state. 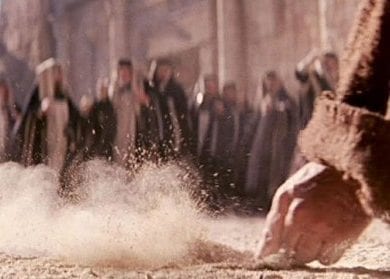 This answer is also available in: العربية हिन्दी“And again he stooped down, and wrote on the ground” (John 8:8). The context of the verse is that the Jews had brought…
View Answer 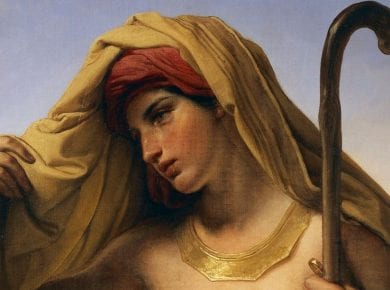 This answer is also available in: العربية हिन्दीThe Bible record tell us that Er married a woman named Tamar, but he was wicked and the Lord put him to death,…
View Answer