“And it came to pass, when men began to multiply on the face of the earth, and daughters were born unto them, that the sons of God saw the daughters of men that they were fair; and they took them wives of all which they chose” (Genesis 6:1,2).

There’s nowhere in the Bible that gives the slightest indication that Angels procreate. Angels are spirits (Hebrews 1:14) and spirits don’t have flesh and bones (Luke 24:39). In fact, Jesus Himself said, “For in the resurrection they neither marry, nor are given in marriage, but are as the angels of God in heaven” (Matthew 22:30). Therefore the idea that angels intermarried with human women is not biblical.

After Cain killed Abel, Adam and Eve had another son named Seth. Seth and his descendants feared the Lord while Cain and his children did not worship the Lord.  As long as these two groups remained separate, the truth of God was preserved. But when the sons of God (Seth’s male children) began to marry those that did not worship God (Cain’s daughters), sin spread without restrain.  That’s why the next verse says God said, “My Spirit will not always strive with man” (Genesis 6:3). This widespread of sin led to the flood and the destruction of the wicked.

This page is also available in: हिन्दी (Hindi)2 Timothy 2 is chapter full of counsel to preachers in general. To give an explanation for 2 Timothy 2:15, let’s read the…
View Answer 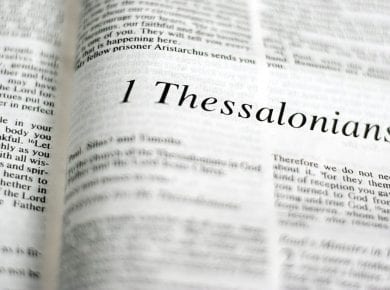 This page is also available in: हिन्दी (Hindi)“For God has not appointed us to wrath, but to obtain salvation by our Lord Jesus Christ” (1 Thessalonians 5:9). Many interpret this…
View Answer