“Then I saw another beast coming up out of the earth, and he had two horns like a lamb and spoke like a dragon” (Revelation 13:11).

Before we focus on the horns, we need to identify who the second beast of Revelation 13 is?

The Bible states that the beast arises “out of the earth” instead of out of the water as did the other nations mentioned in Daniel and Revelation. Revelation shows that water symbolizes areas of the world that have a large population “The waters which thou sawest, where the whore sitteth, are peoples, and multitudes, and nations, and tongues” (Revelation 17:15). Therefore, the earth represents the opposite. So this means that this new nation would arise in an area of the world that had been unpopulated before the late 1700s.

The papal captivity (verse 10) happened in 1798, and the new power (verse 11) was seen emerging at that time. The United States announced its independence in 1776 and was recognized as a world power by 1798. Therefore, the USA is identified as the second beast of Revelation 13.

Now after pointing the beast let’s identify the horns. In the Bible, horns represent kingdoms or governments (Daniel 7:24 8:21). In the beast of Revelation 13, the horns represent America’s two governing principles: civil and religious liberty. America established freedom of worship. And the absence of crowns signifies a republican form of government. Lamb-like horns point to an innocent, non-oppressive, and spiritual nation. There is no other nation on earth that fits the description and time frame of the lamb-horned beast, except America.

Sadly, this blessed country will change in the last days and will “speak as a dragon” which means that the United States will force people to worship contrary to conscience or be punished by the Law.

This answer is also available in: العربية हिन्दीThis phrase appears first in Daniel’s description of the beast power that will oppose God. “He shall speak pompous words against the Most…
View Answer 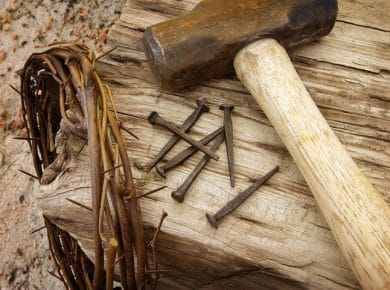 Table of Contents Isaiah 61Application of this prophecyChrist’s anointmentThe Great deliverer This answer is also available in: العربية हिन्दीIsaiah 61 “The Spirit of the Lord God is upon Me, Because the Lord has anointed Me To…
View Answer