Jesus’ announcement, “The time is fulfilled, and the kingdom of God is at hand,” was the same as John’s message (Matt. 3:2). The Israelites understood it as an announcement that the Messianic kingdom was about to be set up. They misunderstood it as the establishment of an earthly kingdom triumphing over all their enemies, particularly the Romans at the time. Throughout Jesus’ ministry this misunderstanding continued, and was not finally corrected in the minds of His disciples until after the resurrection (Luke 24:13–32; Acts 1:6, 7). Jesus had repeatedly tried to correct this thinking through His parables and explain that He had come to establish a spiritual kingdom but His listeners continued to not heed or give in their preconceived ideas (Matt. 4:17; Matt. 5:3; ch. 13:1–52).

Jesus’ announcement, “The time is fulfilled,” referred to the prophecy of the 70 weeks in Dan. 9:24–27, near the end of which “Messiah the Prince” was to “confirm the covenant with many” and “be cut off.” In the days of Christ, some at least knew that this time period of Daniel was nearly at an end. “When the fullness of the time was come, God sent forth his Son” into the world (Gal. 4:4). When Jesus began His ministry, the time was ready for the establishment of His true kingdom.  https://bibleask.org/can-you-explain-the-70-weeks-in-daniel/ 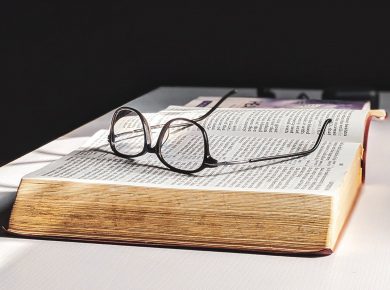 This answer is also available in: हिन्दीThe Bible does not mention the exact era of Job’s life but there are several clues that reveal the time in which he lived:…
View Answer