The phrase perpetual virginity of Mary means that Jesus’ mother remained a virgin for her entire life. Catholics regard Mary as “the Mother of God” and “Queen of Heaven.” They also teach that having sexual intercourse would not be right for her high position. But the Bible teaches that God blessed the marriage union and commanded Adam and Eve, in the Garden of Eden and before sin, to “Be fruitful, and multiply, and replenish the earth” (Genesis 1:28). Therefore, sexual intimacy in marriage is not sinful “Marriage is honourable in all, and the bed undefiled” (Hebrews 13:4).

Catholics teach that Mary remained a virgin even after the birth of Christ. But this is not Biblical either because in Matthew 1:25 it says, “And (Joseph) knew her not till she had brought forth her firstborn son: and he called his name JESUS.” This verse says that Joseph did not have sexual relations with Mary until after she gave birth to Jesus.

In fact, the Bible teaches that Jesus had brothers and sisters “Is not this the carpenter’s son? is not his mother called Mary? and his brethren, James, and Joses, and Simon, and Judas? And his sisters, are they not all with us? Whence then hath this man all these things” (Matthew 13:55, 56).

And there are also other references that mention Jesus’ brothers and Mary “While he yet talked to the people, behold, his mother and his brethren stood without, desiring to speak with him” (Matthew 12:46); “There came then his brethren and his mother, and, standing without, sent unto him, calling him” (Mark 3:31-34);  “Then came to him his mother and his brethren, and could not come at him for the press. And it was told him by certain which said, Thy mother and thy brethren stand without, desiring to see thee. And he answered and said unto them, My mother and my brethren are these which hear the word of God, and do it” (Luke 8:19-21); “After this he went down to Capernaum, he, and his mother, and his brethren, and his disciples: and they continued there not many days” (John 2:12); “These all continued with one accord in prayer and supplication, with the women, and Mary the mother of Jesus, and with his brethren” (Acts 1:14).

Therefore, the idea of the perpetual virginity of Mary cannot be supported by the Scripture. 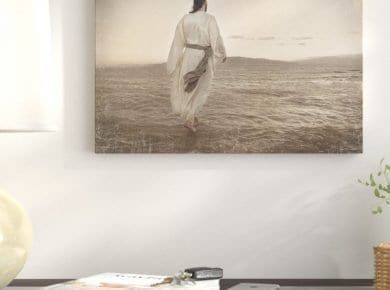 This answer is also available in: हिन्दीThere is a difference between having a picture of Jesus as an illustration and to the act of worshiping that image. The second commandment…
View Answer 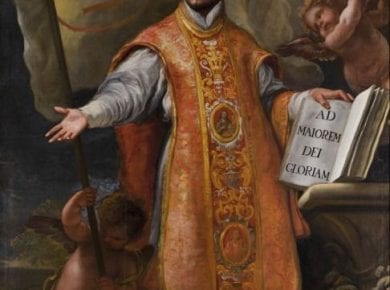 This answer is also available in: हिन्दीThe Spiritual Exercises of St. Ignatius are programs with occult methodologies and techniques that are being introduced and practiced in Christian churches, seminaries and…
View Answer