Who is the man?

When we think of a power that is both religious and political, the only one with a consistent man at its head is that of the papacy. The head seat of this entity is the Pope and is the ongoing leader.  One of the pope’s official titles is “Vicarius Filii Dei” and this title is repeatedly used. In fact, the letters inscribed in the pope’s miter are: Vicarius Filii Dei.  This is Latin for ‘Vicar of the Son of God. Essentially, this means one who stands in the place of God or Jesus.

This is a name of blasphemy (John 10:33), which is another identifier of the beast (Revelation 13:1). Also, the title of “Pope” is unbiblical as it means “papa” or “father.” Jesus specifically warns His people to call no man father but their Heavenly Father (Matthew 23:9).

Therefore, the book of Revelation tells us that if we count the number of his name, it will amount to 666.

How is this number counted?

Latin letters have numerical value which are called Roman numerals. Therefore, if we plug in the numerical values of the letters in “VICARIUS FILII DEI” and add them we get: 666.

Some have attempted to apply the number 666 to Caesar or other names. However, the most important thing is that ALL eleven points stated in Revelation 13 must apply to one given entity. This is to be very sure that we are identifying it correctly.  After careful study, one can find that all these points clearly identify the Papacy as the Beast.

The contents of this article and website are not intended to be against any individual. There are many priests and faithful believers in Roman Catholicism who serve God to the best of their knowledge. They are seen by God as His children. The information contained herein is directed only towards the Roman Catholic religio-political system which has reigned in varying degrees of power for nearly two millennia. This system has established an increasing number of doctrines and statements that directly go against the Bible.

This page is also available in: हिन्दी (Hindi)Many Bible teachers mistakenly teach that “the Church” will not go through the last seven plagues but will be “raptured” to heaven. The…
View Answer 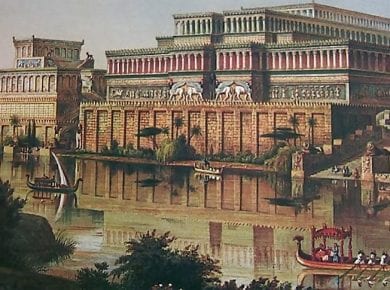 Table of Contents Historical backgroundGod’s warningsNahum’s prophecyIts fulfillment This page is also available in: हिन्दी (Hindi)Historical background Archeological excavations have confirmed that for centuries Nineveh was the great capital of…
View Answer