Aquila (a Latin name meaning eagle) was a Christian Jew born in Pontus and his wife Priscilla was a Roman born. The placing of Priscilla’s name first (Acts 18:18; Rom. 16:3; 2 Tim. 4:19). indicates that she was a woman of culture.

Aquila and Priscilla moved to Corinth from Italy when the Roman Emperor Claudius persecuted and expelled all the Jews from his empire (1 Peter 1:1). The Christians in Rome adopted the great principles laid down by Stephen, who influenced Paul. This explains why Aquila and Priscilla readily received the apostle Paul in Corinth.

Aquila and Priscilla worked as tent makers in Corinth and there the apostle Paul joined them who himself had learned this vocation. The couple became his supporters in the ministry and joined him in preaching the truth and establishing the early church.

After one-year, Paul took Aquila and Priscilla and left to Ephesus where they established a home church (1 Corinthians 16:9). There they met a preacher by the name Apollos who knew only of the baptism of water by John but didn’t know of the baptism of the Holy spirit. Aquila and Priscilla shared with him the full truth (Acts 18:24-26). Nothing more of their movements is known. Paul’s last mention of this godly couple is found in his last letter to Timothy (2 Timothy 4:19).

The ministry of Aquila and Priscilla is a vivid example for virtue, spiritual knowledge, and hospitality. Their sacrificial spirit and service for the Lord as they opened their home for ministry and discipleship is a pattern for Christian families to follow. 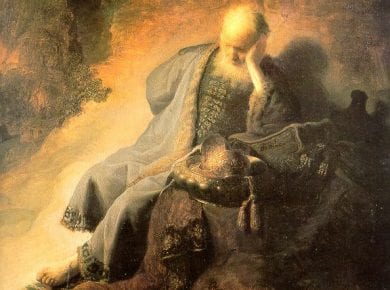 Jeremiah is often called “the weeping prophet” because he shed tears over the sins of his people (Jeremiah 9:1; 13:17). A brief historical review will help shed light on the…
View Answer 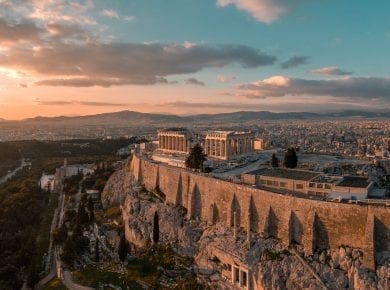 Bible prophecy mentions Greece. The Lord predicted in the book of Daniel that the kingdom that would follow Babylon would be Medo-Persia and then Greece. The following prophecy was made…
View Answer