The name James (Gr. Iakōbos) is from the Hebrew word Ya‘aqob (Gen 25:26, 27). James was a son of Zebedee and Salome, and brother of John (the beloved disciple) and probably the older of the two. He is also called James the Great to distinguish him from James, son of Alphaeus and James the brother of Jesus.

Zebedee, his father, was a fisherman of the Sea of Galilee who probably lived in or near Bethsaida. Salome, his mother (Mark 15:40; Matt. 27:56), was one of the godly women that followed Christ and “ministered unto him” out of her substance (Luke 8:3). There is a possibility that she would be the sister of Mary, the mother of Jesus, if four women are mentioned in John 19:25 rather than three (John 19:25). His brother John, took care of Mary mother of Jesus after His death.

James and his brother were considered unlearned for they did not receive training in the rabbinical schools. James was one of only three disciples whom Jesus chose to witness His Transfiguration (Matthew 17:1,2). James, John, and their mother asked Jesus to grant the sons to sit on Christ’s right and left sides in His glory (Mark 10:37-40). James and his brother had fiery temper and they earned the nickname Boanerges or “Sons of Thunder” (Mark 3:16-17). In one incident, they wanted to call down fire on a Samaritan town, but Jesus rebuked them saying “For the Son of Man did not come to destroy men’s lives but to save them” (Luke 9:56).

The New Testament describes James at first as a slightly selfish, ambitious, and outspoken man, but later on by the grace of God, he was transformed into a quiet and capable spiritual figure in the early church. James was the first martyr (executed by the sword) among the disciples in approximately A.D. 44 (Acts 12:1, 2), whereas his brother John was the last of the Twelve to die, in approximately A.D. 96. The fact that James was considered a prominent figure enough to be selected by Herod Agrippa for early martyrdom shows that he was one of the important leaders of the church in Jerusalem. 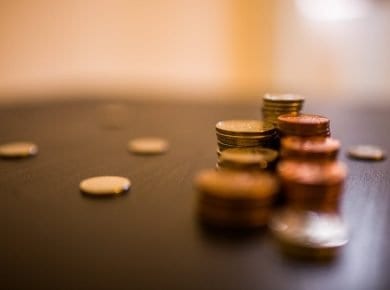 The Lord intended that by tithing, Christians may be partakers of God’s great blessings “Bring ye all the tithes into the storehouse, that there may be meat in mine house,…
View Answer

Table of Contents Fulfilled PropheciesScientific EvidenceTextual EvidenceArchaeological EvidenceHistorical EvidenceThe testimony of Jesus Christianity is not a blind faith. In fact, we as Christians can hold to our faith with actual…
View Answer