The story of Gehazi is recorded in the book of 2 Kings. Gehazi was the servant of Elisha the prophet. He is first mentioned in the story of the Shunammite woman who showed kindness to Elijah by building for him a special room in her home so that he may lodge in it whenever he visits her city. But that woman was without a child. So, in gratitude for the woman, Elisha asked how could he help her in return for her hospitality. Gehazi, answered that she had no son and her husband was old. So, Elisha then called the woman and told her that she would have a son by that time next year. Elisha’s prophecy came to pass and the woman got a child from the Lord (2 Kings 4:18–37).

Gehazi is again mentioned in the story of Naaman the Assyrian army commander that was a leper (2 Kings 5:15–27). Naaman, through his Israelite slave, was persuaded to seek healing from Elisha – God’s prophet. So, he came to Elisha and the prophet through the power of God granted him the healing he was seeking. In great gratitude and joy, Naaman offered Elisha gifts but the prophet refused it and send him away in peace as a newly converted person.

But the servant of the prophet allowed himself to become a tool in the enemy’s hand and spoiled that beautiful story. Gehazi, filled with covetousness and greed, ran after Naaman and lied to him saying that his master was asking for a gift:  “My master sent me to say, ‘Two young men from the company of the prophets have just come to me from the hill country of Ephraim. Please give them a talent of silver and two sets of clothing’” (verse 22). Naaman urged Gehazi to take twice as much silver as he had asked for. After that, Gehazi went and hid the gifts (2 Kings 5:23) and returned to his Master’s home. But nothing can be hidden from the Lord “You may be sure that your sin will find you out” (Numbers 32:23).

The Lord revealed to Elisha what Gehazi had done and prophet rebuked his servant saying, “Was not my spirit with you when the man got down from his chariot to meet you?” (verse 26). The prophet added, “Is this the time to take money or to accept clothes—or olive groves and vineyards, or flocks and herds, or male and female slaves?” (2 Kings 5:26). Gehazi witnessed a miracle, an undeniable display of God’s power that involved the redemption of a man’s health, life, and soul. But all Gehazi could think about was money.

Elisha’s words of rebuke were not just for his servant but for people in God’s church today who show a spirit of greed. In our day, God has shown wonderful miracles of grace. But in the hearts of some, the spirit of greed has been allowed to prevail. These are engaged in the service of self. Money is being hoarded that should be used for the salvation of others. God is asking the same question: “Is it a time to receive money, and to receive garments? Jesus taught, “you cannot serve both God and money” (Luke 16:13).

Gehazi’s punishment for his greed

So, Elisha said to Gehazi, “the leprosy of Naaman shall cling to you and to your descendants forever” (verse 27). The Lord is kind and merciful and never brings unjust or unnecessary afflictions upon His children. But Gehazi, because of his greed, had brought a dreadful judgment upon himself. During his years of association with Elisha, Gehazi had the opportunity of learning lessons of the joy and fulfillment in the ministry of love. But he failed to assimilate these valued lessons into his own life. 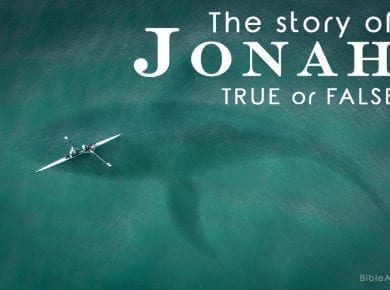 This page is also available in: हिन्दी (Hindi)“Now the Lord had prepared a great fish to swallow up Jonah. And Jonah was in the belly of the fish three days and…
View Answer 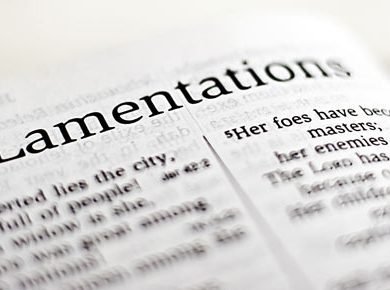 This page is also available in: हिन्दी (Hindi)Historical background In order to know why the book of Lamentations was included in the Bible, It is important to know the historical…
View Answer