The Lord intended that by tithing, Christians may be partakers of God’s great blessings “Bring ye all the tithes into the storehouse, that there may be meat in mine house, and prove me now herewith, saith the LORD of hosts, if I will not open you the windows of heaven, and pour you out a blessing, that there shall not be room enough to receive it. And I will rebuke the devourer for your sakes, and he shall not destroy the fruits of your ground; neither shall your vine cast her fruit before the time in the field, saith the LORD of hosts” (Malachi 3:10,11).

In the Old Testament, God directed that the tithe be used to support the Levites, who were His ministers. In the New Testament and in 1 Corinthians 9:13, God says that just as the priests of old were paid from the tithe of the temple, so gospel ministers today should be paid from tithe given through the church.

Some might wonder: Is the tithing system part of Moses’ old law, which ended at the cross? The answer would be: No! Both Abraham and Jacob gave a tenth of their income to God long before Moses’ law was given. Because it pre-dated Sinai, we know that it was not part of the ceremonial law that ended at the cross. The laws that ended at the cross are only those laws that pointed to the sacrificial work of Christ and were fulfilled by His death such as the sacrifices and the ceremonial temple services. The law of tithing is God’s plan for support of the ministry, and it remains in effect today.

Jesus did endorse tithing in the New Testament “Woe unto you, scribes and Pharisees, hypocrites, for ye pay tithe of mint and anise and cummin, and have omitted the weightier matters of the law, judgment, mercy, and faith: these ought ye to have done, and not to leave the other undone” (Matthew 23:23). Jesus saw that the miserly Pharisees were counting out individual leaves and tiny seeds for tithe instead of taking it to the temple by the bushel. Therefore, He rebuked them for being so exact in tithe while failing in judgment, mercy, and faith. Jesus did not condemn them for tithing, but for ignoring the other great principles of Christianity. That is why He said, “These ought ye to have done [speaking of tithing], and not to leave the other undone.”

The apostle Paul also endorsed the tithing system in Hebrews 7:8, “And here men that die receive tithes; but there he [Jesus] receiveth them, of whom it is witnessed that he liveth.”

As for the offerings the Bible says, “Every man shall give as he is able, according to the blessing of the Lord thy God which He hath given thee” (Deut. 16:17);  And “Every man according as he purposeth in his heart, so let him give; not grudgingly, or of necessity: for God loveth a cheerful giver” (2 Cor. 9:7).

For more on “Tithe,” please check the following link: Support the Ministry

For more on “offerings,” please check the following link: Free Will Offerings 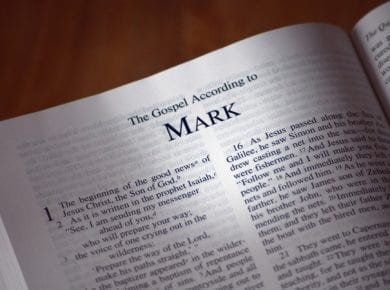 This answer is also available in: العربية हिन्दीEarly Christian tradition identifies John Mark as the author of the Gospel that bears his name. Medieval literature named him Mark the Evangelist.…
View Answer 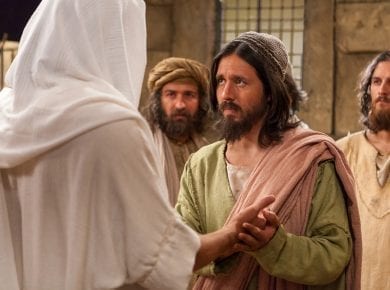