Witchcraft has taken a popular turn in the recent years, especially in books like Harry Potter. However, the Bible has something not as popular to say about witchcraft and sorcery:

“There shall not be found among you anyone who makes his son or his daughter pass through the fire, or one who practices witchcraft, or a soothsayer, or one who interprets omens, or a sorcerer , or one who conjures spells , or a medium, or a spiritist, or one who calls up the dead. For all who do these things are an abomination to the LORD” (Deuteronomy 18:10-12 NKJV, emphasis added).

“Now the works of the flesh are evident, which are: adultery, fornication, uncleanness, lewdness, idolatry, sorcery, hatred, contentions, jealousies, outbursts of wrath, selfish ambitions, dissensions, heresies, envy, murders, drunkenness, revelries, and the like; of which I tell you beforehand, just as I also told you in time past, that those who practice such things will not inherit the kingdom of God” (Galatians 5:19, 20 NKJV, emphasis added).

“But the cowardly, unbelieving, abominable, murderers, sexually immoral, sorcerers, idolaters, and all liars shall have their part in the lake which burns with fire and brimstone, which is the second death” (Revelation 21:8 NKJV, emphasis added).

The Harry Potter novels and movies are full of stereotypical magic where witchcraft and wizardry are practiced. The main characters are played by wizards, witches, and other magical creatures. And the scriptures plainly teach that witchcraft is a sin, casting spells is an abomination, sorcery is a work of the flesh, and all occult practitioners are on the dark side. Jesus has warned His children against the devil’s trap and only those who follow truth will be safe (2 Thessalonians 2:9-11).

There is no such thing as white magic. The Devil is a real angel (1 Peter 5:8), who is pushing occult magic and sorcery (Deuteronomy 18:9-14) to destroy God’s children. Any contact with the spirit world is contact with the “seducing spirits” of demons (1 Timothy 4:1). Witchcraft connects people directly with invisible demonic powers, whether they realize it or not. Witchcraft leads people away from the Savior and from eternal life (Romans 6:23).

The Bible clearly condemns all kinds of witchcraft, sorcery and spiritism. Philippians 4:8 says to “fill your minds with those things that are good and that deserve praise: things that are true, noble, right, pure, lovely, and honorable.”

This answer is also available in: हिन्दीSome claim to have discovered a secret mathematical code in the Bible that reveals some hidden information. It is true that the Bible has…
View Answer 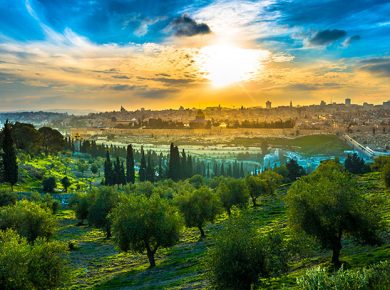 This answer is also available in: हिन्दीThe Mount of Olives is a mountain ridge located on the east side of Jerusalem. It is separated from the city of the Kidron…
View Answer