Luke first mentioned that Paul and Silas worked together after the Jerusalem Council’s decree regarding Gentile conduct in c. A.D. 49 (Acts 15). Church leaders selected these two with others to carry the council’s decision back to Syrian Antioch (v. 22).  Silas was probably the Silvanus mentioned in 1 Thessalonians 1:1, 2 Thessalonians 1:1 and 1 Peter 5:12.

After Paul and Barnabas separated, Paul selected Silas as his companion who “exhorted and strengthened the brethren with many words” (Acts 15:32). Silas was ready for evangelism among the Gentiles, and was well fitted for ministry as Barnabas.

Paul and Silas ministered together on the second missionary journey c. A.D. 49 to 52 (Acts 15:40). They went to Syria and Cilicia, preaching to the churches and sharing the gospel (Acts 15:41). After that, they left to Derbe and Lystra, where Timothy joined them (Acts 16:1–3).

Then, the Holy Spirit led Paul and Silas to Macedonia. For a “vision appeared to Paul in the night. A man of Macedonia stood and pleaded with him, saying, “Come over to Macedonia and help us” (Acts 16:9). In Philippi, the Lord opened the heart of Lydia to accept the truth and she and her household were baptized (v. 14, 15).

But the devil opposed the work of Paul and Silas and they were arrested, flogged, and placed in prison (v. 16–24). In spite of all that, Paul and Silas sang hymns of praise to the Lord while their feet were in stocks. Then, the Lord sent a great earthquake so that the foundations of the prison were shaken. Immediately, all the doors were opened and everyone’s chains were loosed.

And the keeper of the prison, awaking and supposing the prisoners had fled, drew his sword and was about to kill himself.  But Paul said to him, do not hurt yourself for we are all here. And they preached the gospel to him and he was converted with his family (v. 25-34).

After that, Paul and Silas went to Thessalonica. And Paul, as his custom was went to the synagogue, and preached three Sabbaths about Christ. As a result, a great multitude of the devout Greeks, and the leading women believed the truth (Acts 17:1-4).

But Satan, and the unbelieving Jews attacked Jason’ house, where the apostles stayed, and accused him falsely before the rulers of the city (v. 5–8). So, Paul and Silas left Thessalonica and went to Berea where they found some Jews who were “more noble” than those in Thessalonica. For they heard the preaching of Paul and Silas and believed after examining the Scriptures to check the validity of the apostles’ words (v. 11–12).

Then, Paul and Silas went to Corinth where Paul stayed for a year and six months (Acts 18:11). There, he remained with Aquila and his wife Priscilla. And he reasoned in the synagogue every Sabbath, and persuaded both Jews and Greeks (Acts 18:1-4). Silas in not mentioned after Acts 18:5. It seems that Paul left for Antioch alone.

The joint ministry of Paul and Silas

Paul appreciated the assistance of Silas and mentioned him in 2 Corinthians 1:19 and in the introductions of both the epistles to the Thessalonians. Also, Peter spoke favorably of Silas naming him “a faithful brother” (1 Peter 5:12).

The ministry of Paul and Silas revealed the strength of joint work in ministry. They both shared the same beliefs and passions for spreading the truth. They were zealous for God and nothing could deter them from doing His will. 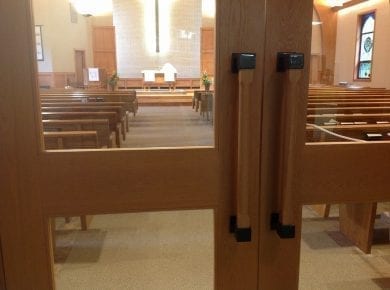 This answer is also available in: हिन्दीGod’s last-day church will have the gift of prophecy. For the Bible teaches, “And it shall come to pass in the last days, saith…
View Answer 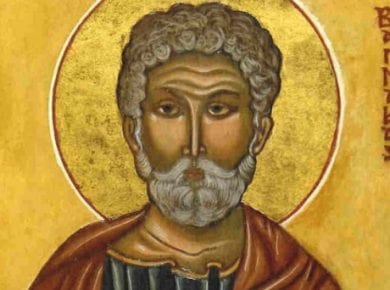 This answer is also available in: हिन्दीThe Epistle of Barnabas is a Greek epistle written between AD 70–132 (after the destruction of the Second Temple and before the Bar Kochba…
View Answer