The Lord is addressing the serpent, which deceived Eve, with a prophetic judgment.  This announcement is understood by the Christian church as a prediction of the coming of the Deliverer.

There will arise a long struggle between Satan’s “seed” or followers (John 8:44; Acts 13:10; 1 John 3:10) and the woman’s seed. There will be a great controversy between Christ and Satan. This battle began in heaven (Rev. 12:7–9) and continued on earth. In this battle Christ defeated Satan (Heb. 2:14), and will ultimately cause Satan’s destruction at the end of the millennium (Rev. 20:10).

The price of our redemption was very high. The Son of God left heaven and came to this earth to redeem mankind. The nail marks in His hands and feet and the scar in His side will be eternal reminders of the greatest sacrifice in which the serpent bruised Christ’s heel (John 20:25; Zech. 13:6). But Christ rose triumphantly from the grave and His victory caused Him to crush Satan’s head.

This declaration brought great comfort to Adam and Eve. By sinning Adam, yielded his authority to Satan.  And Satan understood that as shown by his statement to Christ on the mount of temptation (Luke 4:5, 6). As Adam began to realize his great loss, he was utterly devastated. But the Lord in His great mercy gave him hope in revealing the plan of salvation.

How infinitely loving was God! Divine justice required that sin should meet its penalty, but divine mercy had already found a way to redeem the fallen human race—by the voluntary sacrifice of the Son of God (1 Peter 1:20; 2 Tim. 1:9; Rev. 13:8). God instituted the ritual of sacrifice to provide man with a visual aid, that he might be led to understand a glimpse of the price that was paid to make atonement for his sin. 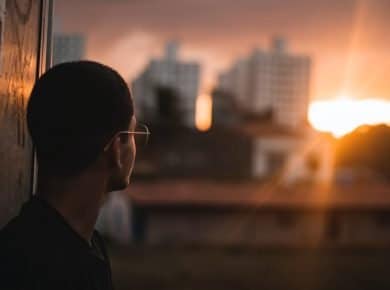 Table of Contents Stray from His waysThe nontechnical language of the BibleThe free will of man“Lead us not into temptation” This answer is also available in: العربية हिन्दीStray from His…
View Answer

This answer is also available in: العربية हिन्दीSome teach that Christians are to pray pleading the blood of Jesus in order to receive protection and strength from the powers of…
View Answer