Home From Catholics What does it mean that Mary was highly favored by God?

The term highly favored (Luke 1:28) means “endowed with grace.” This phrase highly favored titles Mary as the receiver of divine favor, or grace, not the distributor of it. The angel Gabriel did not endow Mary with personal merit to bestow upon others. In the Bible, only Elizabeth called Mary “blessed” (v. 42).

Although Jesus Himself always treated His mother with respect (John 2:4), He never honored her above other people (Matt. 12:48, 49). At the cross He did not address her as the “Mother of God,” or even as “mother”—He addressed her as “woman,” (John 19:26). Neither Paul nor any other NT writer attributed to her any extraordinary merit, or special connection with God.

The Catholic honoring of Mary is not Biblical. It was a tradition that was adopted through the centuries through pagan myths and legends concerning the “queen of heaven” (Jer. 7:18; 44:17, 18; etc.). The exaltation of Mary became a dogma of the Catholic church at the Council of Ephesus in A.D. 431. This dogma setting Mary as the “Mother of God” was adopted from a pagan female deity-of the Magna Mater, or Great Mother, of Asia Minor.

Gabriel’s greeting has been changed by the Catholic Church into a prayer to Mary as a mediator which is contrary to the Bible that teaches Jesus is our only mediator “For there is one God and one mediator between God and mankind, the man Christ Jesus” (1 Timothy 2:5).

According to the Catholic Encyclopedia, the prayer to Mary is composed of the angel’s words (1), with adding (before 1184) of the opening words of Elisabeth’s greeting to Mary in v. 42 (2), and more addition (by 1493) of a request for prayer (3), and a still later addition (4), made by 1495, and placed in the Catechism of the Council of Trent, with the whole form officially accepted in the Roman Breviary of 1568. Thus, humanly created, the Ave Maria reads as follows:

Is there any Biblical significance to praying the Rosary? Check the following link: https://bibleask.org/is-there-any-biblical-significance-to-praying-the-rosary/ 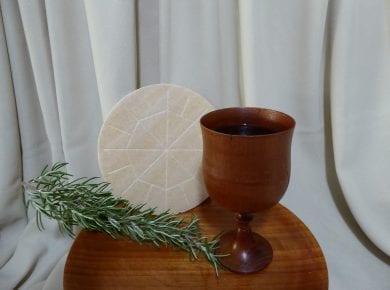 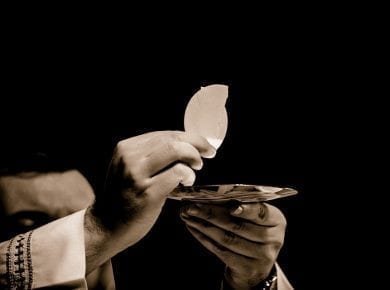 Many a Catholic believer is of the opinion that the traditions of the Catholic church is infallible. The Catechism declares, “[a]s a result the [Catholic—MP] Church, to whom the transmission…
View Post