All things are lawful

In this verse, Paul is referring to things that are not wrong in themselves. For these lawful things, the believer is free to participate in everything that is found within the guidelines of life approved by God as that which is most healthy for humans. He may do anything that is in accordance with the will of God as stated in His Word. God doesn’t contradict Himself. What He commands in one passage, He does not cancel in another; what He bans, no man is free to do (Malachi 3:6).

Jesus summarized what is lawful for His children to do, in His answer to the question asked by the lawyer (Matthew 22:36–40). He declared that love to God and love to man are the guidelines that rule the life of the true believer. Therefore, the believer is free to do anything he wants that will not in any way conflict with these two guidelines (1 Corinthians 10:23).

All things are lawful to the believer, but he shall not be brought under the power of any. A wise Christian will not permit himself to be enslaved by that which he is free to do. He will exercise temperance, which is self-control and moderation, in all things. He will not build a habit that may overcome his power of the will or interfere in any way with his devotion to the service of God. Paul said, “But I discipline my body and bring it into subjection, lest, when I have preached to others, I myself should become disqualified” (1 Corinthians 9:27).

Within the guidelines of all things that are in agreement with the Lord’s will, the believer is free to do what he wants, but there is one condition to take into consideration: a believer should not do anything that would make anyone stumble. He should not do anything that would hinder the advancement of God’s mission on earth even though the act may be perfectly right of itself.

Paul instructed the believers, “Therefore let us not judge one another anymore, but rather resolve this, not to put a stumbling block or a cause to fall in our brother’s way”  (Romans 14:13 also 1 Corinthians 8:9). Christians who are mature in faith will, out of love, be thoughtful of the feelings and consciences of less mature and new believers and will be careful to avoid offending or confusing them.

Some of the new converts from paganism believed that it was a sin to eat meats that were offered to idols (Romans 14). Yet, the mature Christians saw that offering a meat for idols didn’t defile the meat itself, so they ate it (1 Corinthians 8:4). This act caused a stumbling block and a confusion to the weak brethren in the church. So, Paul admonished the mature in knowledge in the church not to cause a stumbling block to the new believers by their eating these meats even though the act itself was not wrong (1 Corinthians 10:28). 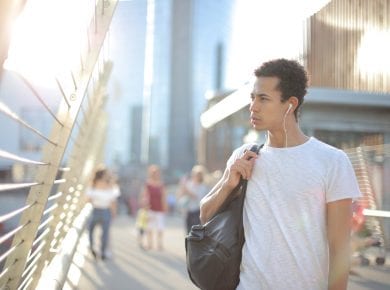 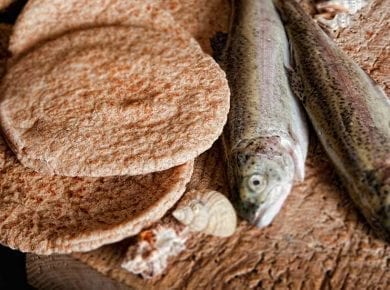