“For if we sin willfully after we have received the knowledge of the truth, there no longer remains a sacrifice for sins” (Hebrews 10:26).

According to Hebrews 10:26, to sin willfully means to continue to sin willfully, as the form of the Greek verb indicates. The reference here is not to single acts of sin committed in the full knowledge of their evil character, but to the attitude of mind that dominates when a person deliberately refuses salvation, and rejects the Holy Spirit. This is deliberate, persistent, defiant sin. It is considered a reversal of the former decision to accept salvation in Christ and to yield one’s heart and life to Him. It is premeditated decision to leave the Lord, which leads to the unpardonable sin (Matt. 12:31, 32). It is a continuing state of rebellion against God.

The “truth” about the love of God the Father for sinners is revealed in the plan of salvation and the gift of His Son. But when light comes and men choose darkness instead, they stand self-condemned before God (John 3:19), and “there remaineth no more sacrifice for [their] sins” (Heb. 10:26; James 4:17).

The Mosaic law prescribed death—not sacrifice—for confirmed apostates. Such were Nadab and Abihu (Lev. 10:1–5), and Korah, Dathan, Abiram and the 250 men associated with them (Num. 16:1–35). For those that sin willfully, sacrifices would have been unacceptable to the Lord, for sacrifices were of value only to the extent that they represented repentant hearts.

But for the repentant sinners that don’t sin willfully, the Lord meets them with open arms to heal, restore and save (Matthew 18:11). 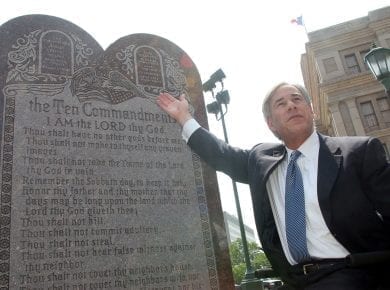 This answer is also available in: العربية हिन्दीOur once Christian nation hasn’t lost its way because the government seeks separation of church and state or forbidding the government display of the…
View Answer

This answer is also available in: العربية हिन्दीTo Obey God’s Law Many believe that only Christ could have obeyed that law and only because He was God and had special…
View Answer