Paul wrote, “But now Christ is risen from the dead, and has become the firstfruits of those who have fallen asleep” (1 Corinthians 15:20). The term “firstfruits” comes first from the OT. The ancient Israelites were commanded to present the first sheaf of the barley harvest to the priest, who waved it before the Lord as a pledge of the full harvest that was to follow. This ceremony was to be performed on the 16th of Nisan (Abib; Lev. 23:10; v. 11). And the Passover supper was eaten on Nisan 14 (v. 5), and on the 16th came the offering of the first fruits.

A type of Christ

It should be noted that Christ was not first in point of time to rise from the dead. Others, such as Moses (Matt. 17:3; Luke 9:28–30; Jude 9) and Lazarus (John 11:43), had died and been raised to life before Jesus came out of the tomb. However, they did so only because of, and in hope of, Christ’s own resurrection. Therefore, without Christ’s triumph over death, no other resurrection would have been possible. In this true sense, Christ is the first fruits of those who are made alive – the “firstborn from the dead” (Col. 1:18).

The Savior was the “first” in prominence and as the author of life (Col. 1:15, 16; 3:4). Because He conquered death (Acts 2:24; Rev. 1:18), He guaranteed life to all who trust in Him and in His power. Only Jesus “brought life and immortality to light” (2 Tim. 1:10). Thus, the triumphant Christ led the way on the resurrection morning. Eventually, He will be followed by many of His saints who have been sleeping.

The term “firstfruits” means that the Savior was first to proclaim that the dead shall live through faith in Him. Jesus said, “…I say to you, he who hears My word and believes in Him who sent Me has everlasting life, and shall not come into judgment …” (John 5:21–29 also 11:23–26). Christ became one flesh with humans, that we may become one with Him. It is through this union that believers will be raised from the grave. In addition, through this same unity, the redeemed can be “transformed into the same image from glory to glory just as by the Spirit of the Lord” (2 Corinthians 3:18). 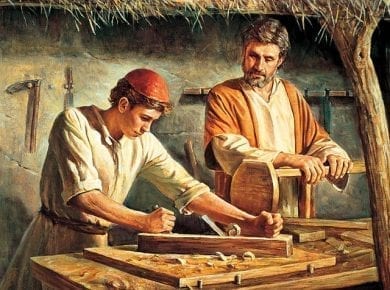 This page is also available in: العربية (Arabic) Français (French) हिन्दी (Hindi)How did Jesus maintain an absolutely pure, sinless life during His 33 1/2 years in this world? Is it…
View Answer 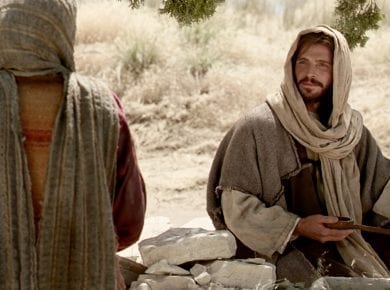