The verse comes from 1 Corinthians 15:28, which reads:

“And when all things shall be subdued unto him, then shall the Son also himself be subject unto him that put all things under him, that God may be all in all.”

In 1 Corinthians 15:28, Paul sees God as having delegated certain powers to Christ for the fulfillment of their united plans for the conquest of sin, but clearly recognizes that the eternal relationships of Father and Son are not overthrown because of the prominent part played by Christ in the great controversy.

In the divine plan for the redemption of the world, the Father committed everything into the hands of the Son (Matt. 11:27; Col. 1:19). When Christ’s mission is completed and the enemies of God subdued, then the Son will deliver “up the kingdom to God, even the Father” (1 Cor. 15:24). This act implies no inferiority of the Son compared with the Father. It is a demonstration of the unity of purpose among the members of the Godhead, whereby the activities of one are seen to be but the carrying out of the united will (John 10:30).

Here is epitomized the supreme objective of Christ’s career—the Son lived to glorify the Father (John 17:1, 4, 6). Christ will not rest until the Father’s supremacy is acknowledged by the universe (Eph. 4:6; Phil. 2:11), and nothing remains outside the orbit of God’s beneficent control.

This answer is also available in: हिन्दी“I adorned you with ornaments, put bracelets on your wrists, and a chain on your neck. And I put a jewel in your nose,…
View Answer 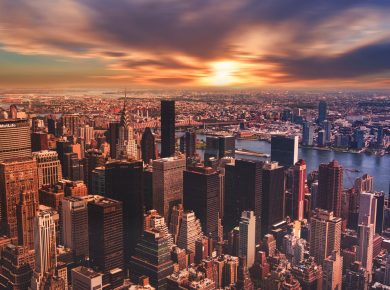 Table of Contents God’s ElectWho are God’s elect?Freedom of choiceWhat did Paul mean by his statement in Romans 8:30? This answer is also available in: हिन्दीGod’s Elect The word elect…
View Answer