The description, in Ezekiel 1:16, itself is difficult to understand since there is nothing similar to it in the Bible nor are we told what to compare these descriptions to so that we may understand them. Ezekiel the prophet described in the Hebrew language what he saw, which was so foreign to his experiences as a human being.

Some commentators see the wheels as God’s providence which produces changes in the lives of people. The believers should not fear adversity; the wheels are turning round and will raise them in due time. Whereas the proud who brag about their prosperity will be cast down by God.

The angels are employed as ministers of God’s providence. The spirit of the living creatures was in the wheels; the same wisdom, power, and holiness of God, that guide and govern the angels, by them order all events in this lower world.

The wheel had four faces, denoting that the providence of God exerts itself in all directions. The disposals of Providence seem to us dark, perplexed, and unaccountable, yet are all wisely ordered for our best. The wheels went as the Spirit directed.

The rings, or rims of the wheels were so vast, that when put in motion the prophet was afraid to look upon them. The consideration of the height and depth of God’s counsel should awe the believers. The motions of Providence are all directed by God’s infinite Wisdom.

The Apostle Paul comments on our limited vision and understanding of spiritual things: “For now we see in a mirror, dimly, but then face to face. Now I know in part, but then I shall know just as I also am known” (1Corinthians 13:12). 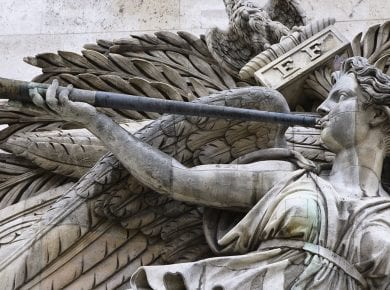 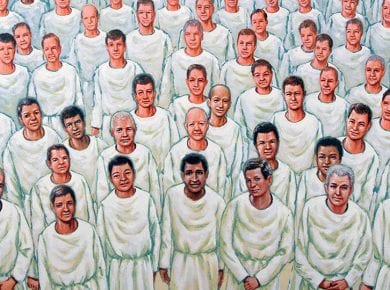 This page is also available in: हिन्दी (Hindi)Although the book of Revelation contains symbolism, the numbers in it are not symbolic. For example, the 12 gates, the 12 foundations, and…
View Answer