Let’s look at these symbols and their meanings:

Frogs: this word is intended to emphasis the repulsiveness of the three unclean spirits (dragon, beast and false prophet) in the sight of God. Satan will use supernatural manifestations of various kinds (false gift of tongues and miracles) working through various human agencies (Charismatic movement), to unite the world behind his purpose to obliterate the saints who constitute the only barrier to his unchallenged dominion over mankind. https://bibleask.org/what-does-the-symbolism-of-frogs-mean-in-revelation-1613-14/

The beast: represents the papacy. https://bibleask.org/who-is-the-beast-of-revelation-13/

The false prophet: represents apostate Protestantism centered in America, which will take the lead in urging and influencing worldwide worship of the beast. The false prophet is identified with the second beast of Revelationi 13:11–17 ( v.n 11), which sponsors the first beast of v. 1–10, and by the miracles he has power to do in presence of the beast (v. 12–14), deceives men into making an “image” to it.

The dragon of Revelation 12:3, 4 and the false prophet of Revelation 13:11-14; 19:20 form an alliance with the beast of Revelation 13:1-10, or the papacy. These three powers will become allies in Armageddon, the final war against God, His law, and His loyal followers. This coalition is called “Babylon the great” by Jesus in Revelation 18:2. 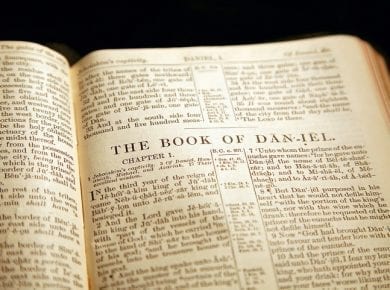 This page is also available in: हिन्दी (Hindi)Question: Wasn’t Daniel told to seal up his book until “the time of the end”? When will Daniel’s prophecies be opened? Answer: In…
View Answer

This page is also available in: हिन्दी (Hindi)The fifth seal is described in Revelation 5 verses 9-11: “And when he had opened the fifth seal, I saw under the altar…
View Answer