Let us look at some documented references on what different denominations say about the Sabbath:

“The current notion that Christ and His apostles authoritatively substituted the first day for the seventh, is absolutely without any authority in the New Testament.” Dr. Layman Abbot, in the Christian Union, June 26, 1890.

“The sacred name of the Seventh day is Sabbath. This fact is too clear to require argument [Exodus 20:10 quoted]… on this point the plain teaching of the Word has been admitted in all ages… Not once did the disciples apply the Sabbath law to the first day of the week, — that folly was left for a later age, nor did they pretend that the first day supplanted the seventh.” Joseph Hudson Taylor, ‘The Sabbatic Question’, p. 14-17, 41.

“With the views of the law and the Sabbath we once held … and which are still held by perhaps the great majority of the most earnest Christians, we confess that we could not answer Adventists. What is more, neither before or since have I heard or read what would conclusively answer an Adventist in his Scriptural contention that the Seventh day is the Sabbath (Ex. 20:10). It is not ‘one day in seven’ as some put it, but ‘the seventh day according to the commandment.’ ” Words of Truth and Grace, p. 281.

Q. Have you any other proofs that they(Protestants) are not guided by the Scripture?

A. Yes; so many, that we cannot admit more than a mere specimen into this small work. They reject much that is clearly contained in Scripture, and profess more that is nowhere discoverable in that Divine Book.

Q. Give some examples of both?

A. They should, if the Scripture were their only rule, wash the feet of one another, according to the command of Christ, in the 13th chap. of St. John; —they should keep, not the Sunday, but the Saturday, according to the commandment, “Remember thou keep holy the SABBATH-day;” for this commandment has not, in Scripture, been changed or abrogated;… Rev. Stephen Keenan, A Doctrinal Catechism; New York in 1857, page 101 Imprimatuer

Q. Have you any other way of proving that the Church has power to institute festivals of precept?

Q. In what manner can we show a Protestant, that he speaks unreasonably against fasts and abstinences?

A. Ask him why he keeps Sunday, and not Saturday, as his day of rest, since he is unwilling either to fast or to abstain. If he reply, that the Scripture orders him to keep the Sunday, but says nothing as to fasting and abstinence, tell him the Scripture speaks of Saturday or the Sabbath, but gives no command anywhere regarding Sunday or the first day of the week. If, then he neglects Saturday as a day of rest and holiness, and substitutes Sunday in its place, and this merely because such was the usage of the ancient Church, should he not, if he wishes to act consistently, observe fasting and abstinence, because the ancient Church so ordained? Rev. Stephen Keenan, A Doctrinal Catechism; New York in 1857, page 181

“It is well to remind the Presbyterians, Baptists, Methodists, and all other Christians, that the Bible does not support them anywhere in their observance of Sunday. Sunday is an institution of the Roman Catholic Church, and those who observe the day observe a commandment of the Catholic Church.” Priest Brady, in an address, reported in the Elizabeth, NJ ‘News’ on March 18, 1903.

“But we do not find any direct command from God, or instruction from the risen Christ, or admonition from the early apostles, that the first day is to be substituted for the seventh day Sabbath.” “Let us be clear on this point. Though to the Christian ‘that day, the first day of the week’ is the most memorable of all days … there is no command or warrant in the New Testament for observing it as a holy day.” “The Roman Church selected the first day of the week in honour of the resurrection of Christ. …” Bible Standard, May, 1916, Auckland, New Zealand.

“Nowhere in the Bible is it laid down that worship should be done on Sunday. Remember the Sabbath day to keep it holy. …! That is Saturday.” P. Carrington, Archbishop of Quebec, Oct. 27, 1949; cited in Prophetic Signs, p 12.

“There is no direct Scriptural authority for designating the first day ‘the Lord’s Day.’” Dr D.H. Lucas, Christian Oracle, January, 1890

“The Bible commandment says on the seventh-day thou shalt rest. That is Saturday. Nowhere in the Bible is it laid down that worship should be done on Sunday.” Phillip Carrington, quoted in Toronto Daily Star, Oct 26, 1949 [Carrington (1892-), Anglican archbishop of Quebec, spoke the above in a message on this subject delivered to a packed assembly of clergymen. It was widely reported at the time in the news media].

“The observance of the Lord’s Day (Sunday) is founded not on any command of God, but on the authority of the Church.” Augsburg Confession of Faith.

“For when there could not be produced one solitary place in the Holy Scriptures which testified that either the Lord Himself or the apostles had ordered such a transfer of the Sabbath to Sunday, then it was not easy to answer the question: Who has transferred the Sabbath, and who has the right to do it?” George Sverdrup, ‘A New Day.’

“Sabbath in the Hebrew language signifies rest, and is the seventh day of the week… and it must be confessed that there is no law in the New Testament concerning the first day.” Charles Buck, A Theological Dictionary, “Sabbath”

“God instituted the Sabbath at the creation of man, setting apart the seventh day for the purpose, and imposed its observance as a universal and perpetual moral obligation upon the race.” ­American Presbyterian Board of Publication, Tract No. 175.

“The day is now changed from the seventh to the first day… but as we meet with no Scriptural direction for the change, we may conclude it was done by the authority of the church.” ‘Explanation of Catechism’ 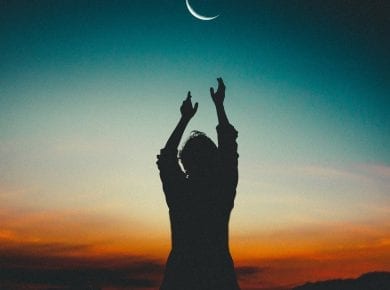 This page is also available in: العربية (Arabic) हिन्दी (Hindi)Lunar Sabbath supporters erroneously present the following quote as evidence that Ellen White talked about the Lunar Sabbath: “I saw that…
View Answer