When the conquest of Israel started on Canaan, the reports of the victories of Israel reached the Canaanites and frightened their kings – Hittites, Amorites, Canaanites, Perizzites,  Hivites, and Jebusites. So, they joint their military forces to war against God’s children.

But when the Gibeonites heard how Joshua had destroyed the cities of Jericho and Ai, they worked craftily, and pretended to be ambassadors. And they came to Joshua and asked him to make a peace treaty with them telling him that they came from a very far country that paused no threat to Israel. And to make their lies convincing they showed Joshua their “old sacks on their donkeys, old wineskins torn and mended, old and patched sandals on their feet, and old garments on themselves; and all the bread of their provision was dry and moldy” (Joshua 9:4,5).

Joshua makes peace with the Gibeonites

Joshua and the elders believed their lies and made peace with the Gibeonites. “But they did not ask counsel of the LORD” (v. 14). Had they asked for God’s advise, He would have revealed to them that the Gibeonites were lying. To say the least, the Gibeonites’ purpose not to war with Israel exhibited some faith in the strength of the God of Israel. They were willing to enter into a covenant with Israel which included their promise to give up idolatry and to accept the worship of Jehovah.

The leaders of Israel got the whole camp of Israel in trouble because they didn’t ask the Lord for wisdom. This lesson teaches that the spiritual leaders in the church need to be very careful in their decisions lest, by their dependence on their own judgment rather than on God, they bring problems on their congregations.

But as a punishment for the Gibeonites “the rulers ordained that they would “be woodcutters and water carriers for all the congregation” (v. 21). The work of these lowly jobs was the penalty of the Gibeonites. Had they dealt honestly with Israel, their lives would still have been saved, and they would probably have been released from slavery. Yet, even a curse may turn to be a blessing. Through this service, they were able to learn about the true Creator. 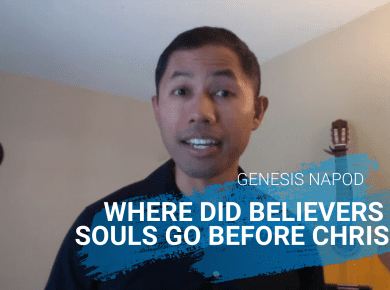 That’s a good question Ben. So what happens to the souls of the believers before Jesus died and rose again? You know this is something I have always wondered too.…
View Answer

The word Tartarus is mentioned by Peter: “God did not spare angels when they sinned, but sent them to [Tartarus], putting them in chains of darkness to be held for…
View Answer