Jesus said, “And no one puts new wine into old wineskins; or else the new wine bursts the wineskins, the wine is spilled, and the wineskins are ruined. But new wine must be put into new wineskins” (Mark 2:22).

In this parable, the “new wine” represents the living truth of God at work in the hearts of people. The phrase “new wine” stands for wine which fermentation have not begun its work, or in which the work has been begun but not completed.

In ancient days, wine was kept in wineskins, which were skins of sheep or goats with the skin of the legs sewn up, and the neck serving as a mouth of the bottle. “Old bottles” would have lost their original flexibility and become dry and tough. And this represented the state of Jews at Jesus’ time.

Jesus taught that the values of the kingdom of heaven once adopted by people would lead to change in the lives. It will blossom into transformation away from the old ways and growth into the likeness of Christ (Matthew 5:2).

By the use of this figure Christ attempted to make clear to the disciples of John the Baptist the uselessness of trying to intertwine the good news of the kingdom of heaven with the worn-out observances of Jewish tradition.

The attempt to unite the new with the old would result in destruction to both. The “wine” of the gospel would be spilled and the bottles of Judaism would be spoiled and not fit anymore for use.

The representation of the gospel by “new wine” and its work by the process of fermentation is likened in core to the parable of the “leaven” but stresses a different outcome (Matthew 13:33). 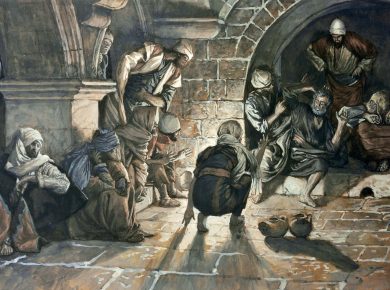 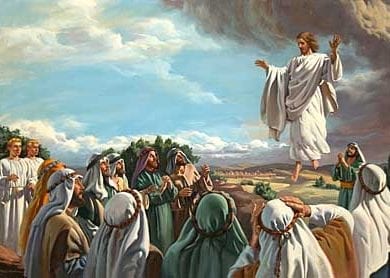 Why did Jesus say some of His disciples shall not taste death till He comes again, yet all of them died? Jesus said, “Verily I say unto you, That there…
View Answer