Outward signs teach spiritual truths. They remind us of God’s grace as well as man’s duty and responsibility. For this reason, the Lord has set signs and memorials for different important events. For example, the Sabbath was established as a memorial of creation (Genesis 2:2-3, Exodus 20:8-11). Circumcision was a symbol of Abraham’s covenant (Genesis 17:9-10). Baptism signified of Christ’s death and resurrection (Romans 6:3,4). Also, the Lord’s Supper taught of Christ’s atoning sacrifice (1 Corinthians 11:26).

Circumcision in the Old Testament

The Lord gave Abraham His covenant saying, “Every male among you shall be circumcised. You are to undergo circumcision, and it will be the sign of the covenant between me and you. For the generations to come every male among you who is eight days old must be circumcised, including those born in your household or bought with money from a foreigner—those who are not your offspring” (Genesis 17:10-12). Circumcision was the validation of Abraham’s earlier experience of justification by faith.

Circumcision also became part of the law of Moses (Leviticus 12:3; Luke 2:21). Every male of the Hebrews, whether free or slave, was included. Thus, circumcision, the mark of God’s covenant with Abraham, became a sign to Israel that they were His chosen people.

When the literal nation of Israel crucified Christ, God rejected them as His chosen people (Matthew 23:37-39). His covenant was transferred to the New Testament church – Jews and Gentiles – (1 Peter 2:9; Colossians 3:11; Galatians 3:28).

Consequently, circumcision ceased to have value or worth as a religious ceremony (Acts 15:5, 10, 19, 20, 24, 28, 29; Galatians 2:3–5; 5:2–6; Romans 2:28, 29). And baptism became the sign of accepting Christ’s atoning sacrifice. Circumcision did not bring righteousness, it only gave outward evidence of faith in God. In like manner, baptism does not bring righteousness. It is only a sign of the justification that is experienced before baptism. 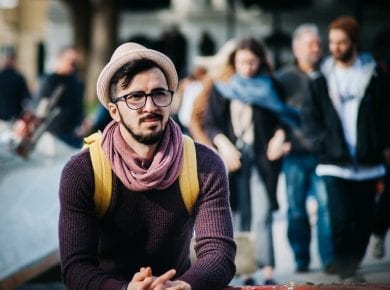 This answer is also available in: हिन्दी“And now why tarriest thou? arise, and be baptized, and wash away thy sins, calling on the name of the Lord” (Acts 22:16). To…
View Answer

This answer is also available in: हिन्दीJustification A person, who have been corrupted by sins, can have his sins washed away when he accepts by faith Christ’s death on his…
View Answer