The seven last plagues represent God’s wrath on the unrighteous.  The plagues will take place just before the second coming of Jesus. Here is the description:

Plague one: a grievous sore infects the “beast” and his followers (Revelation 16:2).

Plague five: this literal darkness symbolizes the spiritual darkens of the “beast” (Revelation 16:10-11).

Plague six: the great river Euphrates “dries up” symbolizing support is withdrawn from spiritual Babylon and the battle of Armageddon draws near. (Revelation 16: 12-16).

Plague seven: The second coming of Jesus takes place. The large Hail stones rain down on mankind and Christ is on His way (Revelation 16:17-21).

The plagues are very similar to the plagues that fell on Egypt before God delivered the Israelites from slavery.  The plagues are going to fall on this wicked world just before Spiritual Israel, God’s people, are liberated from the world that is in bondage to sin.

The plagues will last for a short time “Therefore shall her plagues come in one day” (Revelation 18:8). A day in prophecy is a year “I have appointed thee each day for a year” (Ezekiel 4:6) (Numbers 14:34). So, within a year’s time it will all take place.

Not a single plague will strike the righteous “There shall no evil befall thee, neither shall any plague come nigh thy dwelling” (Psalm 91:10) just as in the days of the plagues in Egypt. God’s angels will encamp personally around the righteous and protect them “The angel of the LORD encampeth round about them that fear him, and delivereth them” (Psalm 34:7).

This answer is also available in: العربية हिन्दीIn the Old Testament and specifically in the book of Daniel, we read about Babylon and how it waged war against ancient Israel.…
View Answer 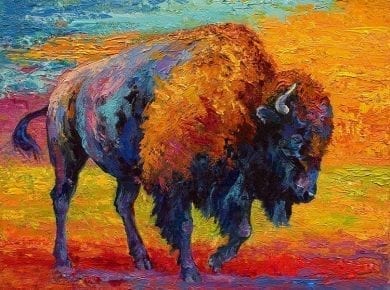