The Gnostic Gospels were written by early so-called “Christian” Gnostics. These books are known as the New Testament Apocrypha and consist of fifty-two texts. They were discovered in Nag Hammadi, Egypt, by an Arab, Muhammad ‘Alí al-Sammán.

The Gnostic Gospels held a clearly different view of the Bible and its doctrines. And to give legitimacy to their works, the Gnostics fraudulently wrote them in the names of the apostles such as the gospel of Thomas, the gospel of Philip, the gospel of Mary, etc.

Differences between the Gnostic Gospels and the Biblical Gospels:

1- The Gnostic Gospels teach that Jesus didn’t have a real human body but He only appeared to be one, instead he had a supernatural body. For they believe that materiality was considered evil. And since Christ didn’t have a real body, they rejected His suffering, crucifixion and resurrection. But, the Biblical Gospels confirm that Christ was God in a human body (John 1:14), who suffered, died and was resurrected from the grave (John 1:14; Revelation 1:18; Colossians 2:9).

2-The Gnostic Gospels teach that salvation is obtained only through secret knowledge of the spiritual realm which frees the soul from the physical evil material world. Therefore, salvation is not obtained from Christ’s redemption but from the secret knowledge that Christ gave only to a select group of his followers. But the Bible Gospels teach that salvation comes from Christ and is offered freely to all who would accept it (John 14:6; Titus 2:11).

3-The Gnostic Gospels completely detached Jesus from Israel. But the Bible Gospels taught that Jesus was the fulfillment of God’s redemptive plan for Israel and the world (Luke 24:26-27; John 7:42).

4-The Gnostic Gospels opposed the teaching of the kingdom of God at work on Earth through Christ. They taught instead that Christ’s goal was to flee from his earthly evil body and go back to the spirit world. The Biblical Gospels teach that Jesus came to proclaim His kingdom to the world and restore it to its original state (Mark 1:15; Matthew 6:10).

Why the Gnostic Gospels are not part of the New Testament?

The books of the New Testament were selected on the basis that: 1-They were written by an apostle or assistant of an apostle of Jesus. 2-They were written close to the time Christ lived and died. 3-There were eyewitnesses to verify the information at the time of their writing. 4- They were in harmony with the beliefs and doctrines of the rest of the Scriptures.

The Bible Gospels were all written in the first century (around AD 70-90) and meet all the above criteria. But the Gnostic Gospels were composed between the second and fourth centuries CE. And they don’t meet the above criteria. For these reasons, the early church leaders, unanimously, acknowledged the Gnostic Gospels as false books and they did not include them in the Bible.

The Gnostic Gospels, written hundreds of years after the eyewitnesses of Jesus, were not not written by the apostles. They are not reliable sources on the life and teachings of Jesus because they clearly contradict the Old and New Testament doctrines and beliefs. These anti-Christian books attempted to rework the real historical Jesus to present their own Gnostic beliefs. 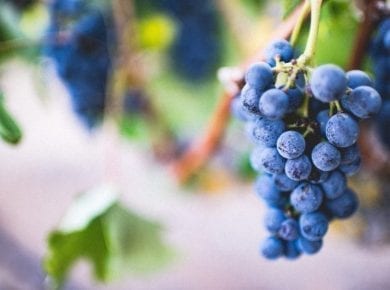 This answer is also available in: हिन्दीIn the parable of the workers in the vineyard, Jesus resembled the kingdom of heaven to a landowner who went out early in the…

This answer is also available in: हिन्दीThe apostle John possessed a hot temper that Christ named him the son of thunder (Mark 3:17). He had a spirit of pride, ambition,…