“And to the angel of the church in Pergamos write…But I have a few things against you, because you have there those who hold the doctrine of Balaam, who taught Balak to put a stumbling block before the children of Israel, to eat things sacrificed to idols, and to commit sexual immorality” (Revelation 2:12,14).

This passage was written to the church in Pergamum which distinguished itself in 29 B.C. by becoming the site of the first cult of a living Roman emperor. A temple was built and dedicated to the joint worship of the goddess Roma and the emperor Augustus. At the very time John wrote these words, Christians were suffering persecution for refusing to worship the emperor Domitian (A.D. 81–96), who insisted on being worshiped as “lord and god.”

There were some people at Pergamum whose purpose was to divide and ruin the church by encouraging pagan practices that were forbidden to Christians (Acts 15:29) just as Balaam did to Balac in the Old Testament. Balaam influenced Israel to commit “whoredom with the daughters of Moab,” to sacrifice to Moabite gods, and to “eat,” presumably of the meat sacrificed to these gods (Num. 25:1, 2, 31:16).

These pagan practices were specifically forbidden by the council at Jerusalem “that you abstain from things offered to idols, from blood, from things strangled, and from sexual immorality. If you keep yourselves from these, you will do well” (Acts 15:29; also Rom. 14:1; 1 Cor. 8:1).

Applied to Christian history, the move to merge paganism with Christianity was done with the legalization of Christianity by Constantine in a.d. 313 and his nominal conversion. Constantine pursued a policy of compromise. To please the Sun worshipers, he changed the day of worship from the seventh day (Saturday) of the fourth commandment (Exodus 20:8-11) to the first day (Sunday). And many pagan doctrines were introduced to Christianity in an attempt to unite the diverse people within the empire and thus strengthen it.

This new “favorable” position that Constantine gave the previously persecuted church, made it a prey to the temptations that always accompany prosperity and popularity. Under Constantine and his successors, the church rapidly became a politico-ecclesiastical institution and lost much of its former pure spirituality. In other words, the devil achieved with prosperity what he could not achieve with persecution. 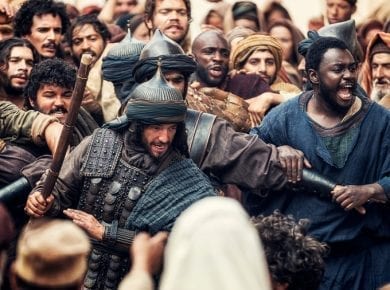 The captains of the temple were the leaders of the temple guards. They were guardians but not of the soldiery. They supervised the guard of priests and Levites, especially at…
View Answer 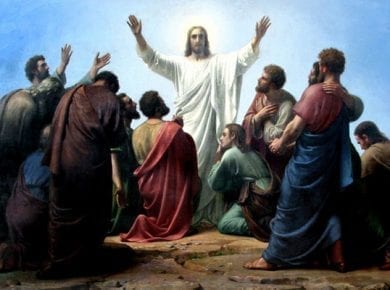