Jesus said, “But I have greater witness than that of John: for the works which the Father hath given me to finish, the same works that I do, bear witness of me, that the Father hath sent me” (John 5:36). While on Earth, Jesus was “a man approved of God among you by miracles and wonders and signs, which God did by him in the midst of you, as ye yourselves also know” (Acts 2:22).

As would be expected from the One Who claimed to be God incarnate (John 1:1-3, 14; 10:30), Scripture records that Jesus performed miracles throughout His ministry in an effort to provide sufficient proof of His divine message and nature. There are many reasons why we should believe in the miracles of Jesus:

1-Thousands of people witnessed them

Jesus’ miracles were not hidden or performed in inaccessible locations incapable of being tested by potential followers. Rather, they were subjected to analysis by Jews and Gentiles, believers and unbelievers. They were evaluated in the physical realm by physical senses. In the presence of many eyewitnesses, Jesus gave sight to the blind, healed lepers, fed thousands with a handful of food, made the lame to walk and raised the dead.

2-The enemies of Christ testified to them

Although many of Jesus’ enemies who witnessed His miracles rejected Him as the Messiah and attempted to undermine His ministry, but even they did not deny the miracles that He worked.

If scholars of ancient history generally rendered facts “unimpeachable” when two or three sources are in agreement, then the many testimonies of Jesus’ miracles by Matthew, Mark, Luke, John, and Paul (1 Corinthians 15:1-8) are impressive. Unlike Islam and Mormonism, each of which relies upon the accounts/writings of one alleged inspired man (Muhammad and Joseph Smith), Christianity rests upon the foundation of multiple writers.

Also the first-century Jewish historian, Josephus, mentioned Jesus as being One Who “was a doer of wonderful works (paradoxa)” and Who “drew over to him many of the Jews, and many of the Gentiles” (1987, 18:3:3, emp. added).  And a reference to Jesus’ amazing works was also described in one section of the Babylonian Talmud (known as the Sanhedrin Tractate).

Bible writers understood and insisted that their information about Jesus and His miracles was accurate and factual, just as were all other details in their narratives and letters. And their claim of factual accuracy has been verified by the discipline of archaeology and the various writings of history.

5-Jesus’ miracles were many

The gospel accounts are saturated with a variety of miracles that Christ performed, not for wealth or political power, but that the world may be convinced that He was sent by the Father to bring salvation to mankind (John 5:36; 10:37-38). Jesus not only exhibited power over the sick and afflicted, He also showed His superiority over nature and death.

6-The miracles of Jesus are characterized by dignity

They are invariably characterized by a sanity, nobility and sobriety. They were a reflection of Holy God’s character.

7-Jesus mighty works are not being duplicated today

Neither the modern alleged “faith healer” nor the twenty-first-century scientist is duplicating the miracles that Jesus worked 2,000 years ago. Jesus went about “healing every sickness and every disease” (Matthew 9:35). 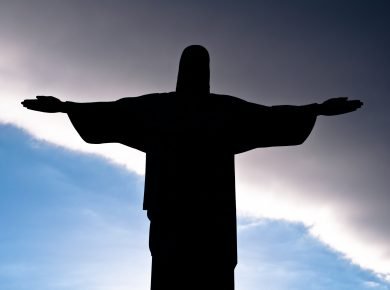 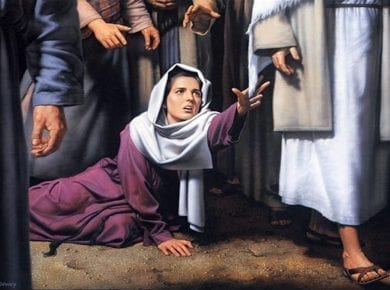 This answer is also available in: हिन्दीThe gospel of Mark records the story of the woman with the flow of blood: “Now a woman, having a flow of blood for twelve years,…
View Answer