The Bible tells us that Abraham and Jacob both understood the practiced the offering of tithes. Abram, later known as Abraham, gave his tithe to Melchizedek king of Salem who was the priest of God the Most High (Genesis 14:18-20).
The fact that Abraham paid tithe shows that this institution did not occur at a later time, but that it was a divinely instituted practice from the earliest of times. Abraham, of whom God testified that he had kept His commandments, statutes, and laws (Genesis 26:5), carried out all his religious duties faithfully. One of them was to return to God a tenth of his increase. In this act, the father of the faithful set an example for all who want to serve God and share His blessing.
Jacob also paid tithe according to Genesis 28:22. Jacob vowed faithfully to pay a tenth, not to earn the favor of God but as a grateful recognition of the forgiveness and favor of God. When people are faithful to God, He pours special blessings on them. God greatly blessed Jacob in his later years. For Jacob left Canaan a poor and fugitive man with nothing but a staff in his hand, and he returned 20 years later with much cattle, flocks, servants, and a big family.
We can learn from Jacob’s experience this vital truth of giving to God. In time of danger and trouble, we should consider whether heavenly blessings have perhaps been withheld because of unfaithfulness in tithe paying (Haggai 1:6–11).
As in days of old, God’s promises for faithfulness in tithe paying are still valid today. God said, “Bring all the tithes into the storehouse, that there may be food in My house, and try Me now in this,” says the LORD of hosts, “If I will not open for you the windows of heaven and pour out for you such blessing that there will not be room enough to receive it” (Malachi 3:10). 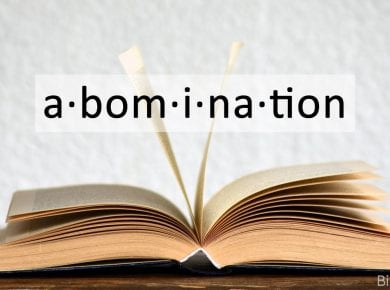 The general meaning of the word abomination or abominable in the Bible is: Something detestable, unlawful or repulsive. The words abomination and abominations appear in the New King James Version…
View Answer 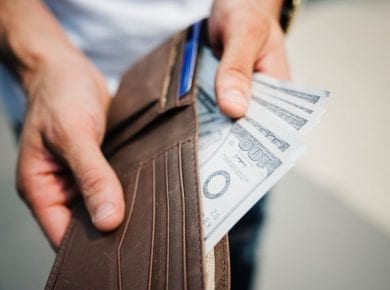 The Bible teaches that it is not wise to borrow and get into debt “Owe no man any thing, but to love one another” (Romans 13:8). There are many reasons…
View Answer